This post is in appreciation for, and recollection of, two people who died this year – Maurice Sendak and David Rakoff. 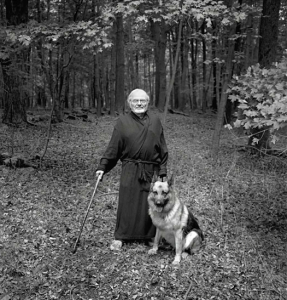 “Being an artist is about time spent trying to understand what it means to be an artist, to get under the skin of what is happening, as best you can.” – Maurice Sendak, Fresh Air

Legendary author and illustrator Maurice Sendak was  interviewed by Terri Gross for Fresh Air in 1989, in 2003, and finally in 2011. As this tribute episode to him unfolds, you can hear in both his and Gross’ voices the admiration that grew between them. At the link above you can listen to the full episode and read many more wonderful quotes from Sendak as he discusses art and faces his death.

UPDATE: This fantastic illustrated video of this last interview is now in the world. Amazing.

“I have nothing now but praise for my life. I’m not unhappy. I cry a lot because I miss people. They die and I can’t stop them. They leave me and I love them more. … What I dread is the isolation. … There are so many beautiful things in the world which I will have to leave when I die, but I’m ready, I’m ready, I’m ready.”

Steven Colbert turned to Sendak for advice about creating a children’s’ book. This bit is in two parts.

David Rakoff died August 10 at the age of 47.
I listened to three tributes to him in the days after his death.  Each of them deepened my already strong appreciation of his intelligence and skill as a writer. The first tribute was from CBC’s Wiretap by Jonathan Goldstein. The second was from The Next Chapter by CBC Radio. From this one comes this quote – as David answers the Proust Questionnaire.

“I’m very easily overwhelmed. I too easily retreat to the convenience of being overwhelmed. My heroes are the people who refuse to do this.”

The second tribute was from Rakoff’s friends & colleagues at This American Life.
Part of that tribute was a video of Rakoff’s final stage performance.

Two last quotes, from the world of the living. First, from the American Experience episode about David Geffen, in his words,

“We are each a figment of our own imaginations. Some of us just have better imaginations than others.”

And finally words of wisdom from a mom to her five year old son this morning at Luisa’s Cafe in Harbert, Michigan.

“We’ve talked about this. There are things worth crying over and things that are not.”