During the three week trip Mita Mahato and I shared through the UK this summer, we were fortunate enough to spend time with illustrator and academic Nicola Streeten and her husband, sculptor John Plowman in their ubercool converted Lincolnshire church-house. I was fortunate enough to meet Nicola the way I’ve met so many amazing and inspiring people, via my work with Graphic Medicine. I find Nicola to be one of the most amusing people I’ve ever met, a champion of women and comics. One of her great strengths is, as she puts it, “to successfully misguide people authoritatively” a skill which was on full display during a train ride to Glasgow, but that’s another story. 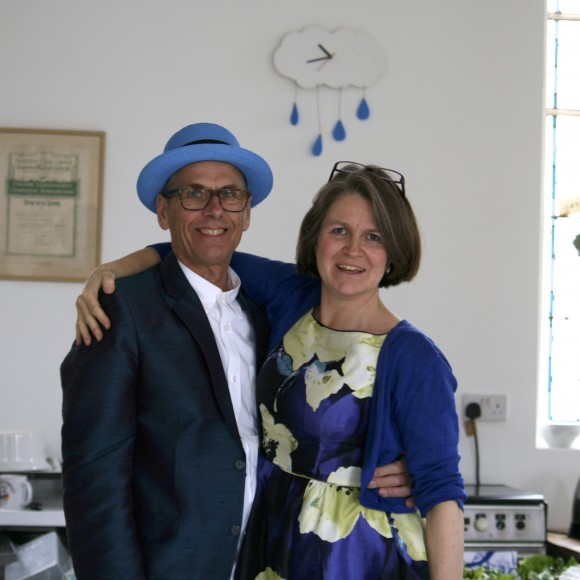 Our visit coincided with a party they were hosting to celebrate three significant family birthdays. The party started sometime in the AM when Nicola returned from Grantham train station with the first busload of guests from London, and it really didn’t stop until sometime the next day. There was an enormous harvest table of delicious food, another of beverage, and a cast of incredibly interesting people. Frankly, it was exhausting how interesting everyone was. Fortunately Mita and I had a guest room upstairs (Nicola’s studio) so we could withdraw for brief periods of reflection lest we become completely overwhelmed.

At one point in the party, guided by Nicola, most of the guests and all of the dogs filed out the front door to take a walk through their charming village and into the gorgeous countryside. 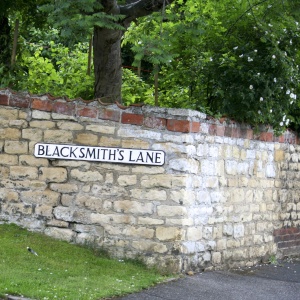 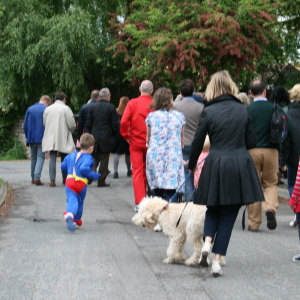 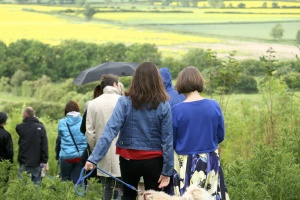 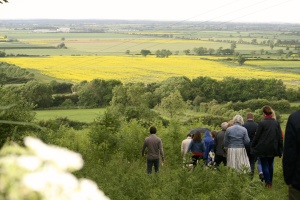 The buttercups were in bloom, and we walked from one stunning vista to another. Along they way we were eyed suspiciously by cows and sheep. 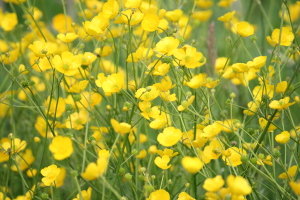 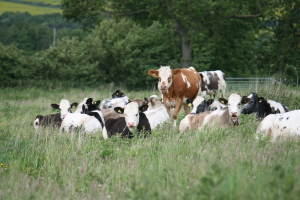 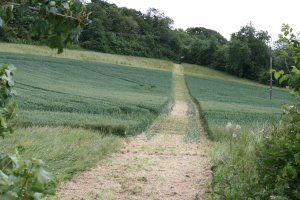 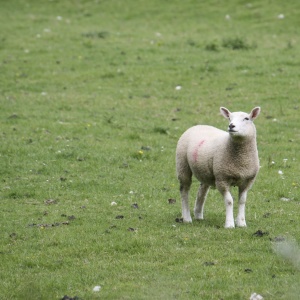 We reached a park where the dogs could romp and play off-leash. This is Nicola’s nephew-dog, goldendoodle Monty, who most reminded me of Alice, and a lurcher (a term we don’t use in the States. It apparently means a hound-mix.) 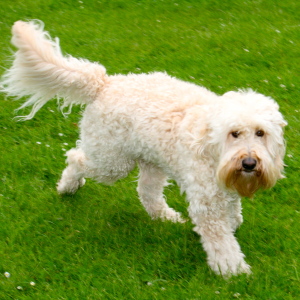 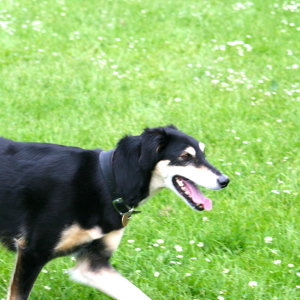 Toward the end of the walk, we trudged up a large hill. The reward at the top was to turn around to a gorgeous vista. 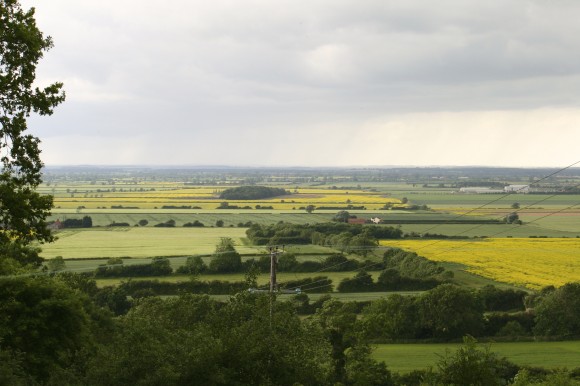 As I stared at this scene, I remembered something my comics idol Lynda Barry said at the University of Chicago academic conference on comics last year. She was sitting on a panel with her own comics idol, R. Crumb, and also Ivan Brunetti, and she said, “Isn’t this amazing? I’m here because I drew a comic.” I realized that was true for me in that moment. And it made me want to draw many, many more comics.

The party didn’t end there, as I mentioned. We returned for a dog costume contest. Nicola appointed me the judge. Not wanting to offend my new, super interesting friends, I invented three categories so there were  several winners (best costume, best dog with a job, and best trick.) Not sure these are the actual winners, it was all a bit of a chaotic blur, as you can imagine. 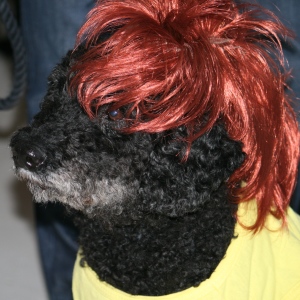 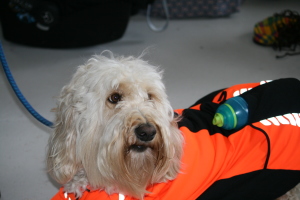 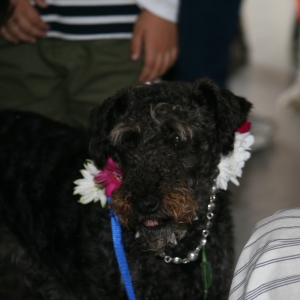 A special, loving remembrance must be sent here to extraordinary party host, and dog winner overall, sweet sweet Holly, shown here enjoying the toy I brought her all the way from Lovell & Whyte in Lakeside, Michigan. Holly died this fall and she will be fondly remembered and missed by many. 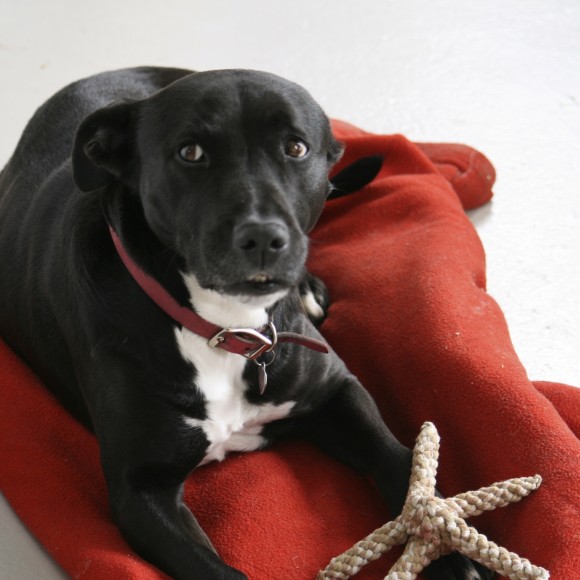 Fortunately she will live on in Nicola’s comics. 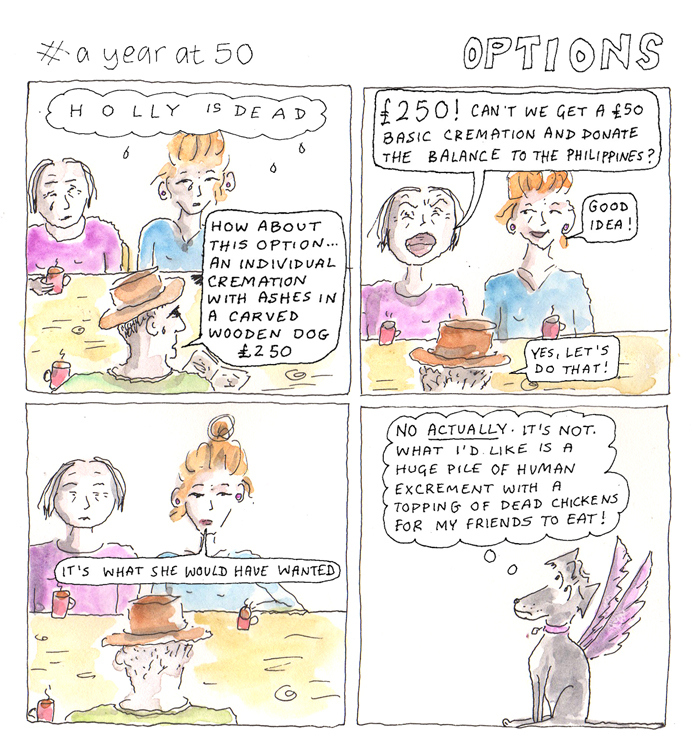 The last official part of the party was singing happy birthday and sharing the massive cake. There were enough candles to provide light for days. 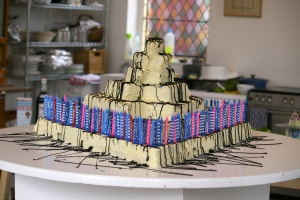 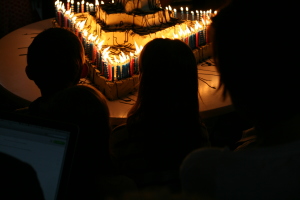 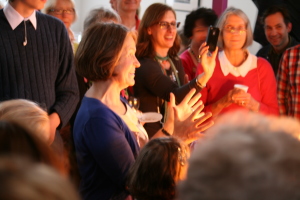 This was an amazing, exhausting day that I am unlikely to forget – emblematic of the whole three weeks Mita and I spent in the UK. Thank you to all the fantastic members of the Graphic Medicine community who made this trip so warm, fun, reflective, and absolutely worth being away from Alice, Cindy, and my beloved friends at home for three whole weeks.