“I am a nurse who uses comics to reflect on the complexities of illness and caregiving.”

MK Czerwiec, RN, MA is a nurse, cartoonist, educator, and co-founder of the field of Graphic Medicine. She is the creator of Taking Turns: Stories from HIV/AIDS Care Unit 371 (Graphic Mundi, 2021 and Penn State University Press, 2017), a co-author of Graphic Medicine Manifesto (PSU Press, 2014) and editor of the two-time Eisner Award winning Menopause: A Comic Treatment (Penn State University Press, 2020). MK is also the comics editor for the journal Literature & Medicine.

She co-manages the website, podcast, annual conferences, and online community of GraphicMedicine.org.

MK regularly teaches graphic medicine at Northwestern Medical School, the School of the Art Institute of Chicago, the University of Illinois Medical School, and the University of Chicago. She is an Artist-in-Residence at Northwestern’s Center for Medical Humanities and Bioethics. She has served as a Senior Fellow of the George Washington School of Nursing Center for Health Policy and Media Engagement, and a Will Eisner Fellow in Applied Cartooning at the Center for Cartoon Studies in White River Junction, VT.

NEW! Interview with Chinmay Murali in the Journal of Graphic Nobels and Comics, “As the reader witnesses the character’s learning, they are learning as well’: Talking Comics, Graphic Medicine, and Menopause with MK Czerwiec” 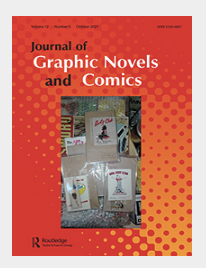 Interview with The Comics Journal 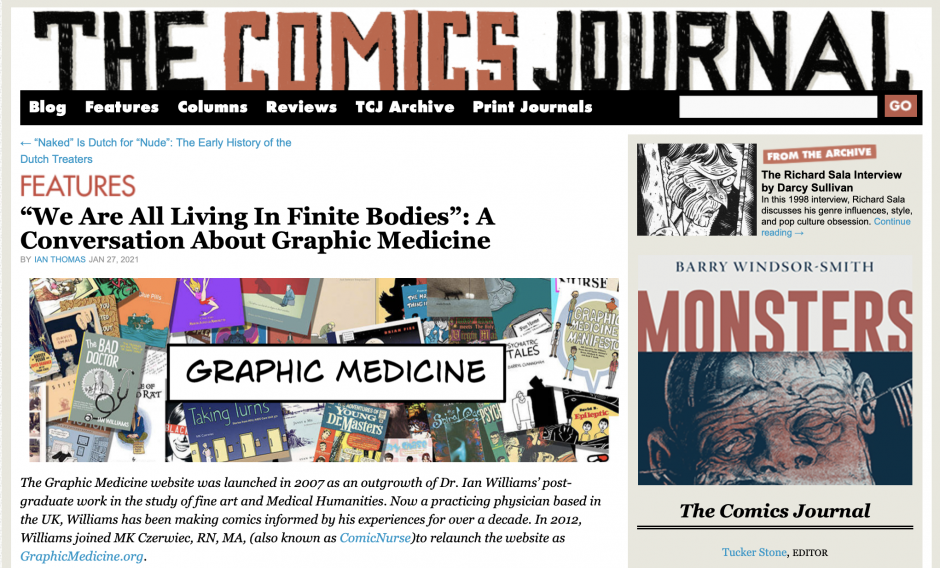 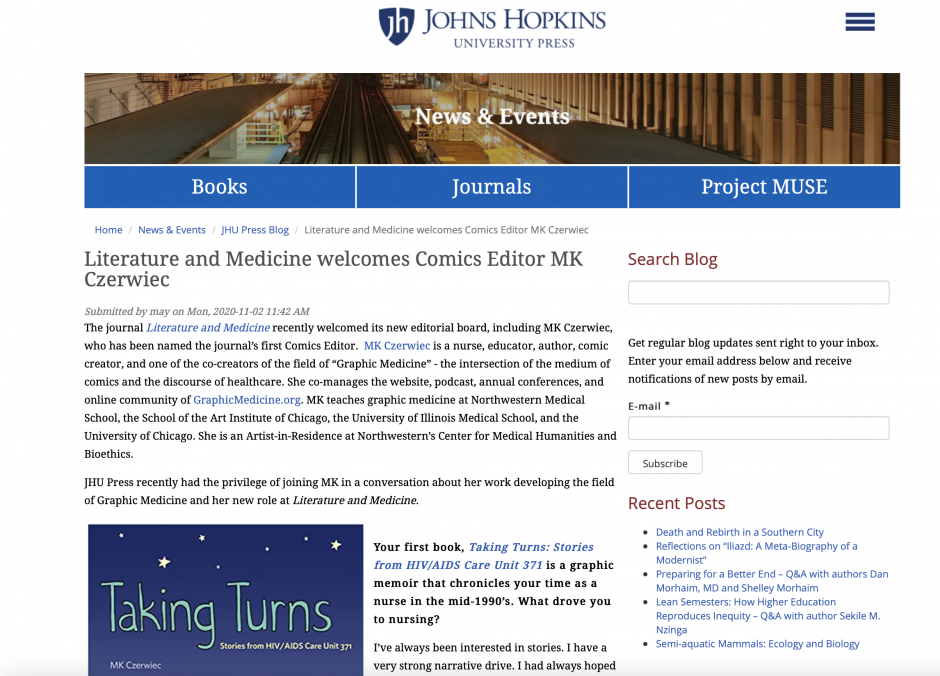 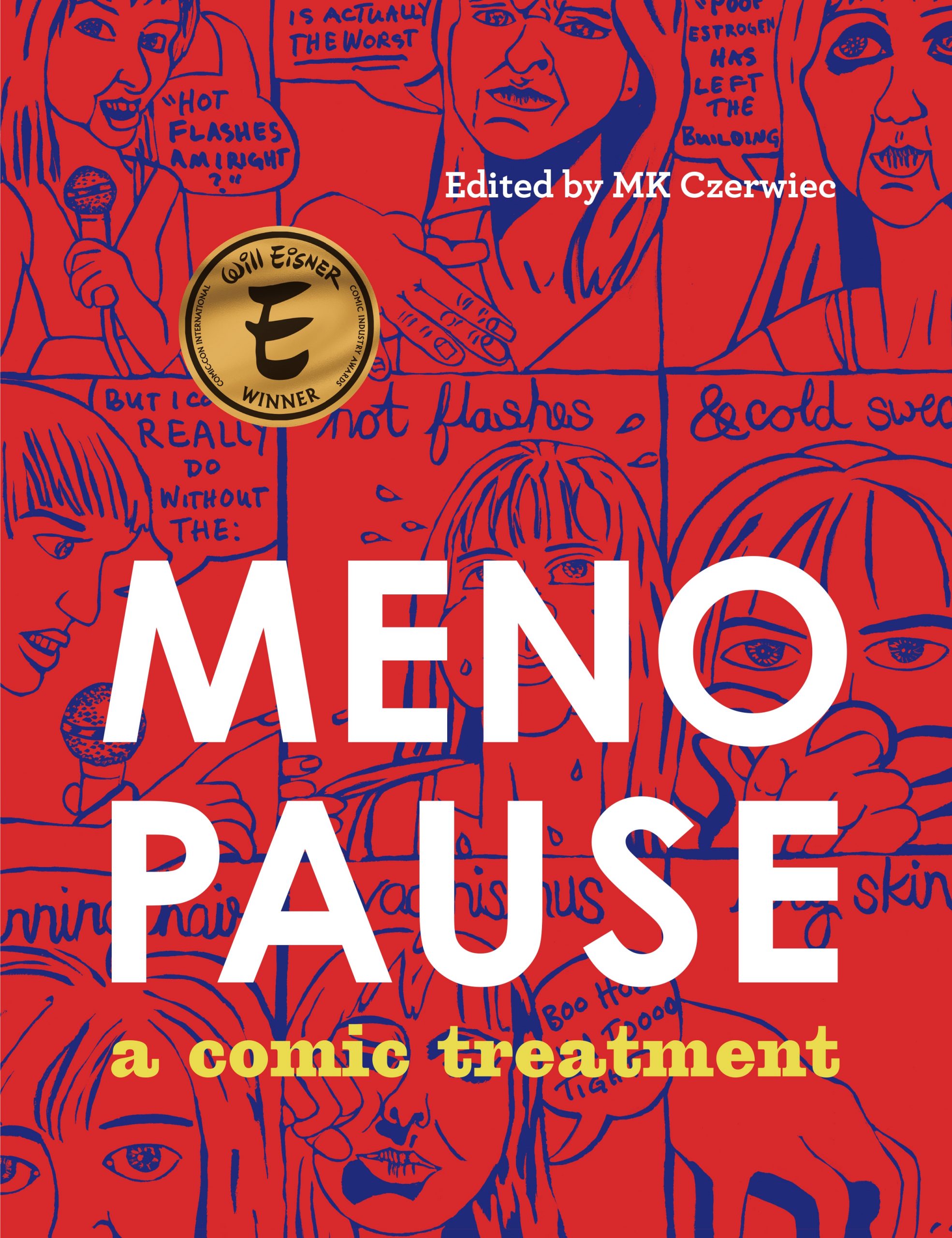 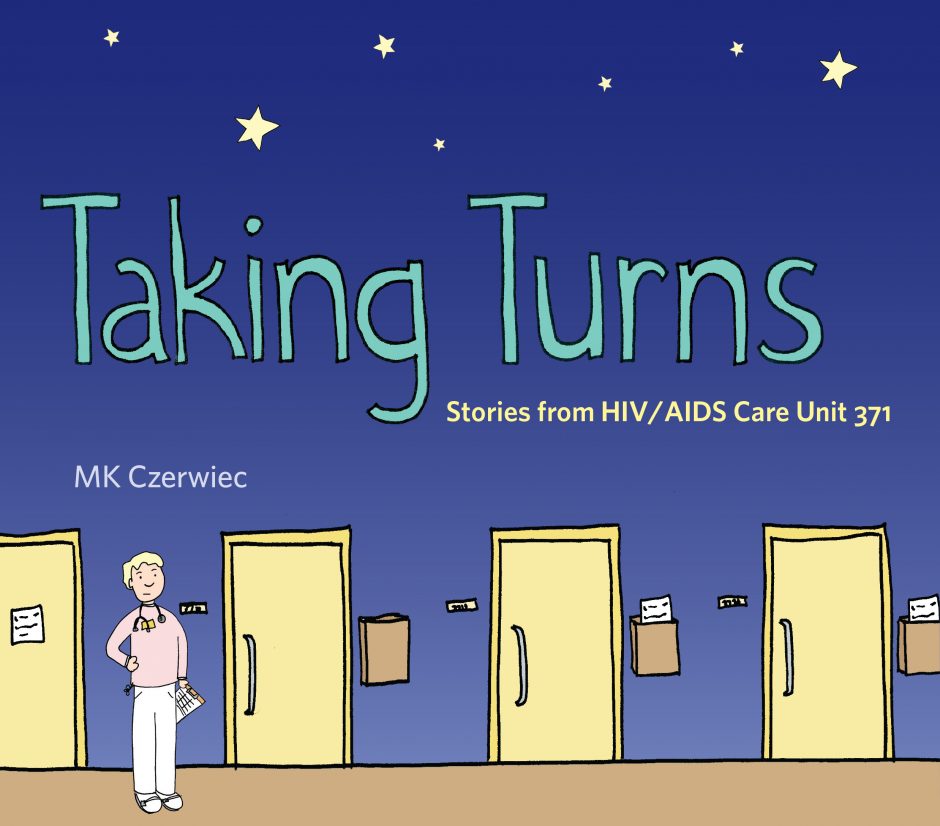 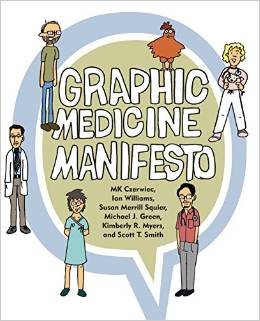 COVID-19 Vaccine Hesitancy comics for the University of Chicago Library 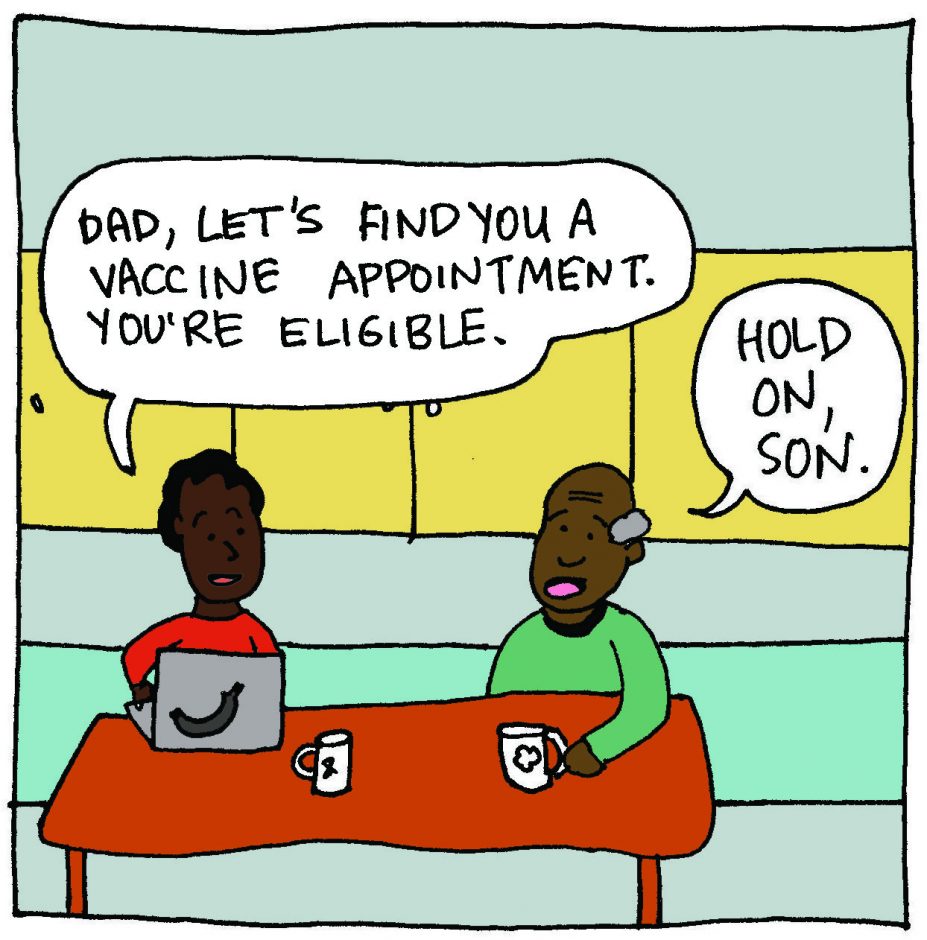 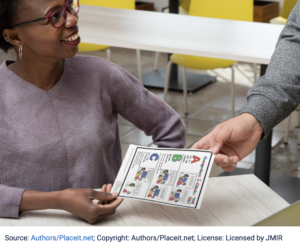 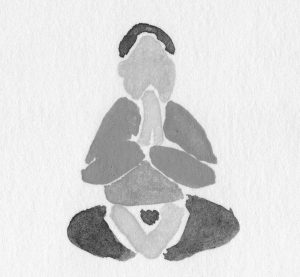 “Comics and the Health Humanities” in Routledge Handbook of Health and Media, forthcoming, Fall 2022. 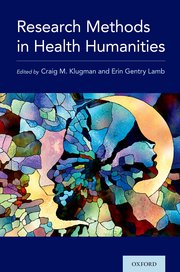 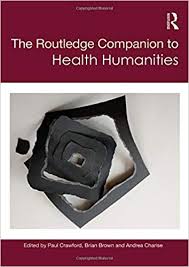 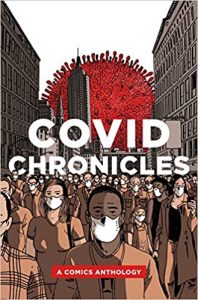 “Exploring the Human Side of Medicine with Comics” University of Chicago news, July, 2019.

“On Rounds with The Bad Doctor & Comic Nurse” Esopus, The Medicine Issue

“Hospice Comics: Representations of Patient and Family Experience of Illness and Death in Graphic Novels” Journal of Medical Humanities, August, 2014. 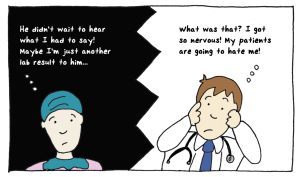 “Lesser Theories of Bioethics” on the Blog on Bioethics, Steven Latham, Director of the Interdisciplinary Center for Bioethics at Yale

“My Career as a Closet Crossdresser” (comic) Girls’ Guide to Guys’ Stuff, Friends of Lulu Press, 2007.

Scars, Stories, and Other Adventures, MK Czerwiec Productions, 2004. (email me to purchase)

“When A Loved One is Dying: Families Talk About Nursing Care” The American Journal of Nursing, May 1996.

contributor, Humans Being II, Woman Made Gallery, part of the Bodies of Work festival, May & June, 2013

“Women in the Arts – A Celebration.” Effe Leven Gallery, September 2008.

AROUND THE COYOTE September 1997.

AIDS and the Art of Nursing Charles Schabes Gallery July 1996.