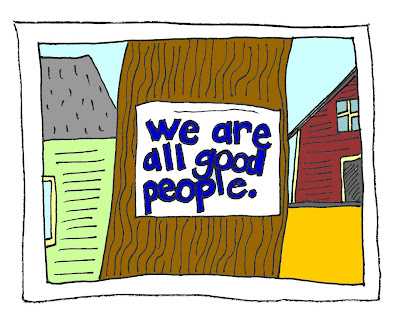 Violence and the Ethics of Urban Health Care
Violence is Contagious. Can Medicine Find a Cure?

Sponsored by Northwestern’s Medical Humanities & Bioethics program, and Center for Bioethics, Science & Society. Also the Donnelley Family Disability Ethics Program of the Rehab Institute of Chicago and the Erie Family Health Center, with a grant from the Greenwall Foundation.

Introduction by Kathryn Montgomery: “Narrative, research, and experience are being brought together at this conference to address the cycle of violence in Chicago.”

The Things they Carry: Violence & A City’s Health
keynote lecture by Alex Kotlowitz

The act of telling stories is an act of hope. How can we know and do nothing?
Violence as distraction from no job, no future, no hope. Poverty goes hand in hand with violence.The West Side’s foreclosure rate is twice the rest of the City’s rate.
Street shrines to the victims bloom like flowers. RIP is tattooed and scrawled all around.
Leek Funeral Home director: “Homicides are linked to reading at a third grade level. Where are you going to go in the world like that? Nowhere. They are lashing out to get respect in a world where there is no respect to be had.”
Post-traumatic stress disorder is not an apt analogy – there is no post. It does not end.
Afaf, her son was murdered: “I see everything through this tragedy.” Survivors disappear into themselves, living lives of solitude & loneliness. Lack of community is a strong predictor of violence.
School principal who takes the first moments of the day to talk with students. “What is going on with you today?” Belonging.
“I sleep with a gun under my pillow.” Drive for revenge/retribution fuels next violent act. And so on. Violence truly begets violence. Guilt, anger, fear. Havoc on the soul, toll on the spirit. Children exposed to violence draw idyllic scenes to control what they have seen.
90% of Chicago’s murders happen in half of its police districts. There are no refugees, there is no where else to go. These are our neighbors. Image above was found in a neighborhood plagued with violence.

My story always begins with my patient’s story. Jerimiah was shot drinking from a garden hose.
Complex problems should be solved with stories, the creation of a shared narrative.
The brain is influenced by neglect, aggression, and pain. Head trauma injures frontal & temporal lobes. Childhood maltreatment leads to delays in cognitive development. Neglect reduces metabolism.
Maya Angelou: “History cannot be unlived, but if faced with courage, it can be not lived again.”

Science of Behavior – how to change
Science of Epidemics – how things spread
Violence as a public health crisis. Punishment stops nothing. Why is there a lack of demand for results on this? What makes us feel better about a problem is not necessarily what works.
Three ways to fix this problem with a public health perspective:
1. Interrupt transmission – violence interruptors show up and “talk down” those who what retribution. Violence interruptors are people with credibility in the community served.
2. Work with those at highest risk of transmission – change their thinking about how to save face, create new options beside killing.
3. Change the overall behavioral norms – Example: smoking was once considered okay. Now it is taboo. Violence can be thought of in much the same way.

Susan Avila, Stroger Hospital
Michelle Gittler, Schwab Rehab Hospital
Marie Crandall, Northwestern Dept. of Surgery & Preventative Medicine
There are disparities in trauma service. There has always been violence. Spikes in violence are linked to population and poverty. Trauma discriminates. There are trauma service deserts in Chicago. Transport time can vary greatly from one neighborhood to another, simply because of geography, not first responder time. Trauma is a teaching moment, a moment of clarity. Trauma patients have poor follow-up rates.

Why Haven’t We Fixed This Yet? A Panel Discussion

Nathaniel Howard: MAD DADS “If men stand up, boys will stand down.”
Sokoni Karanja: New Horizons “We must create believers that change is possible.”
Susan Johnson: Minister, “We didn’t have a story until the media told us what it was.”
Zale Haddenback, Violence Interruptor, Cease Fire: “I have a PhD in gangology.”