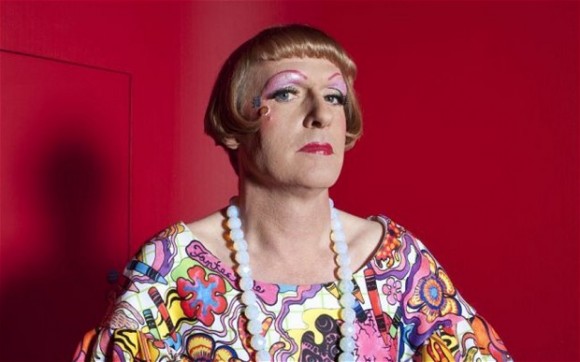 Not well known in the States, but widely known and celebrated in the UK, the Reith lectures have been done annually since 1948 and are quite a fascinating tour through voices of history, society, science, art and culture.

The title of Perry’s four lecture series is, “Playing to the Gallery.” The first lecture was given at the Tate Modern in London and is titled “Democracy Has Bad Taste.” For each lecture, Perry wore a specially made costume designed by fashion students at his home institution, Central St. Martin’s. The second lecture was given at St. George’s Hall in Liverpool and is titled, “Beating The Bounds.” The third was delivered at Guild Hall in Northern Ireland. It was titled, “Nice Rebellion, Welcome In.”

The fourth and final lecture in the series was delivered at Central St. Martin’s in the University of the Arts, London. It is titled “I Found Myself in the Art World.”

All four lectures have inspired me greatly in the past few weeks. Grayson Perry is an honest, funny, smart speaker. A recent Guardian article discussed our need for a voice of honesty in our public figures, and cited Perry’s Reith Lectures as a positive example. Podcasts of the lectures can be download from  iTunes and other outlets.

Here are a few quotes that Grayson Perry shares in the final of the four lectures, ones I felt compelled to illustrate in my sketchbook as a way to reflect on them. 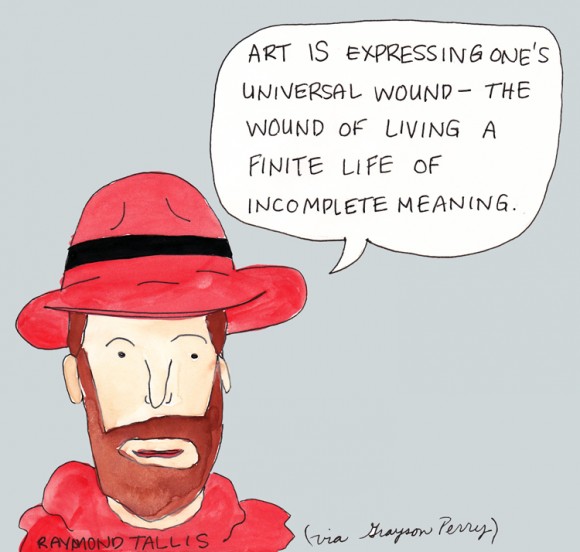 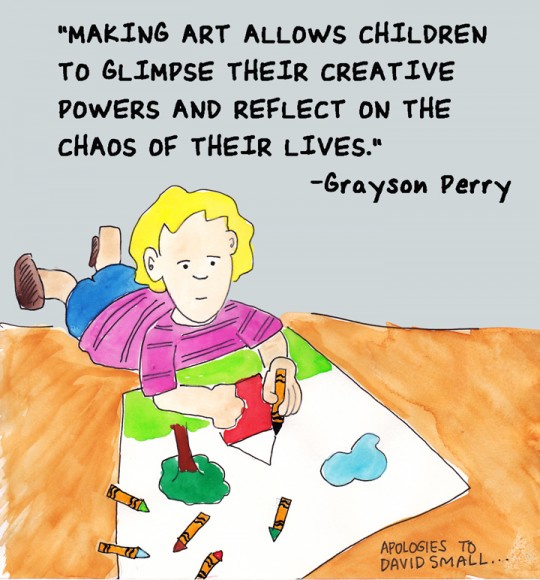 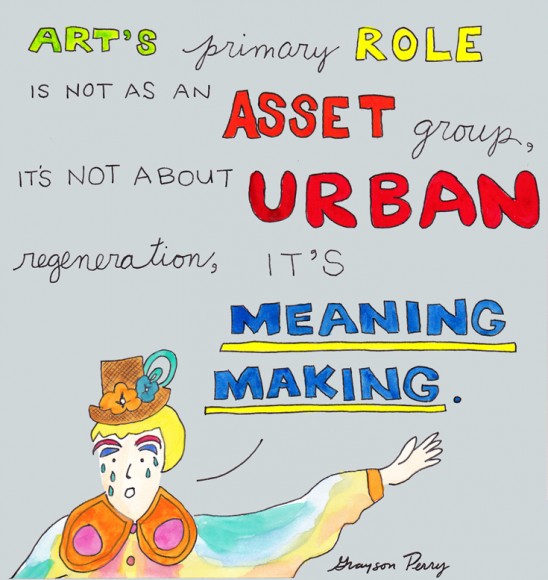 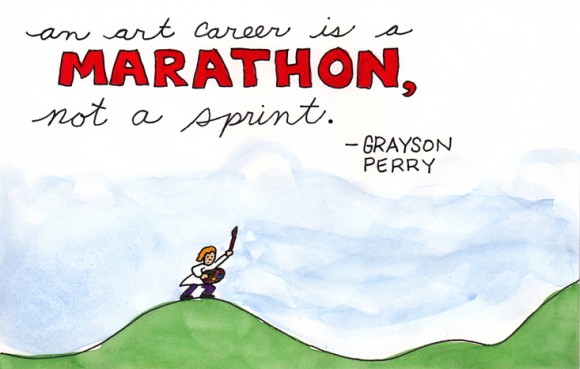 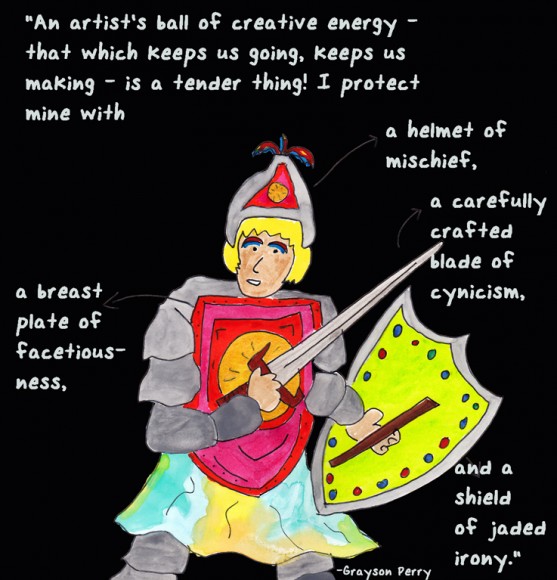