1. Draw a comic for every hour you’re awake.
2. Load it onto your blog.
3. If you have access to Twitter, tweet it using the #HourlyComicDay hash tag.
4. Browse around and see what other people have done! Leave comments, they’ll love it.

It was first started in 2006 by John Campbell and most people make it about what they’re actually doing in their day, so it’s a slice of life, but you don’t have to do it that way. It’s very informal, no one really runs it, but it’s great fun seeing the other contributions. It feels more social doing it on the actual day than any other day because you can see people chatting about it on Twitter, but a few of us aren’t able to do it on Sunday – a work day’s easier for me – so we’re going to do it on Monday. Some people tweet each hour as they go and other people save it all up to scan and post the next morning.

Some people even print it up later and sell copies at comics festivals, but don’t let that pressure you into trying to make it too perfect; you can do it very roughly, just for fun.

So, here we go! It’s a bit of a mess, but that’s in keeping with the spirit of the day. 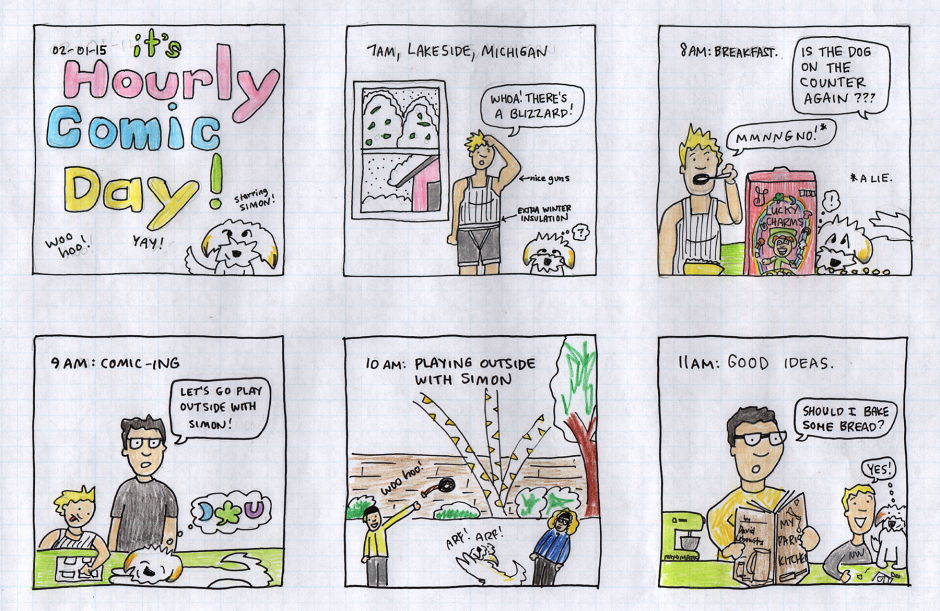 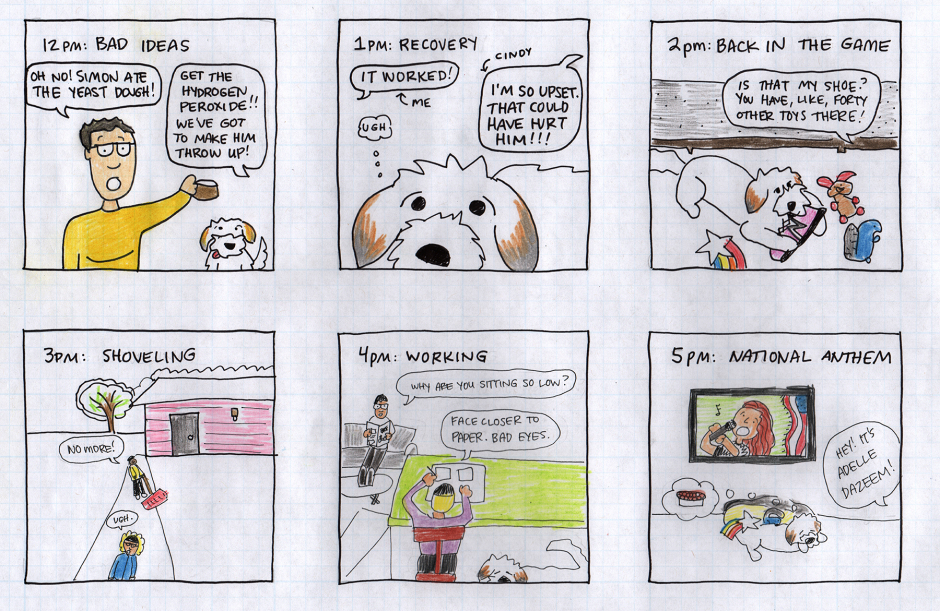 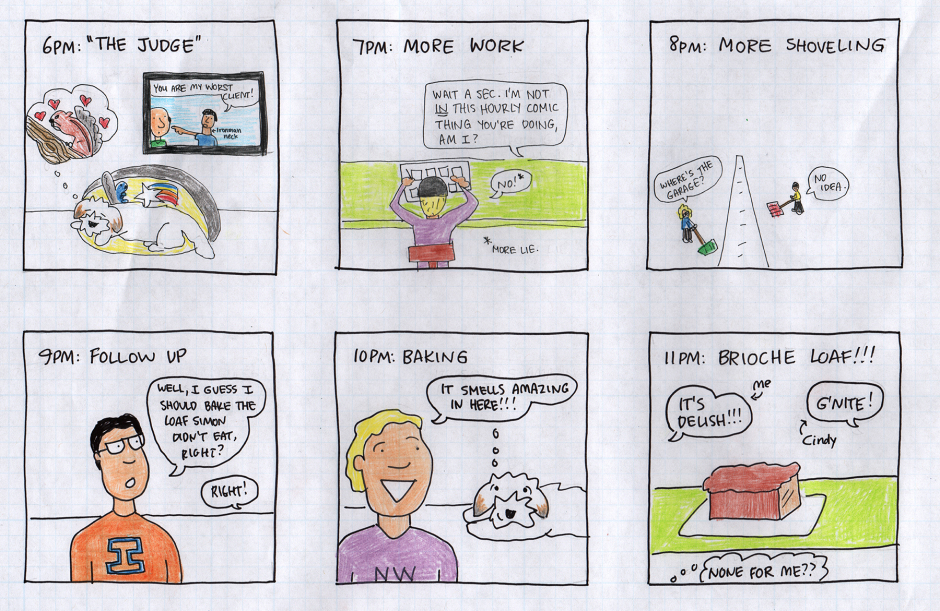