First, from JFK’s in July of 1960:
“We know that it will not be easy to campaign against a man who has spoken or voted on every known side of every known issue. Mr. Nixon may feel it is his turn now, after the New Deal and the Fair Deal – but before he deals, someone had better cut the cards.

That “someone” may be the millions of Americans who voted for President Eisenhower but balk at his would-be, self-appointed successor. For just as historians tell us that Richard I was not fit to fill the shoes of bold Henry II – and that Richard Cromwell was not fit to wear the mantle of his uncle – they might add in future years that Richard Nixon did not measure to the footsteps of Dwight D. Eisenhower.

Perhaps he could carry on the party policies – the policies of Nixon, Benson, Dirksen and Goldwater. But this Nation cannot afford such a luxury. Perhaps we could better afford a Coolidge following Harding. And perhaps we could afford a Pierce following Fillmore.

Second, can you guess which of these Wordles is McCain’s acceptance speech and which is Obama’s? 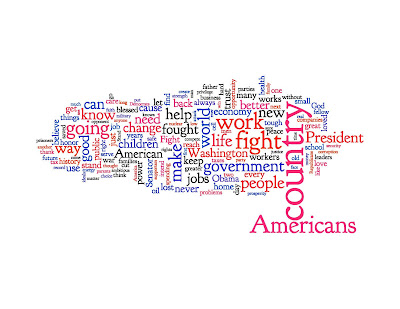 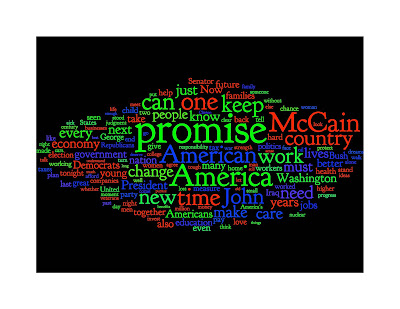