Visited DC this past weekend. I hadn’t been there since that horrible car trip when I was a kid (see Cartoon Archive, “Vacation Part One.”) I was enchanted by the staggering number of museums and lack of skyscrapers. Having to spend part of the trip working, I decided to only seriously visit three sites: The Vietnam Memorial, The National Archive and The National Portrait Gallery/Smithsonian American Art Museum. 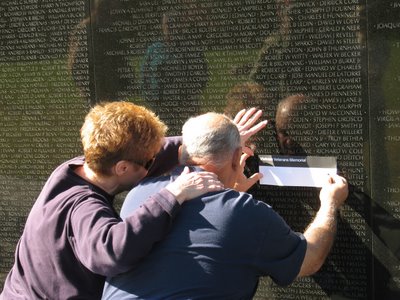 As Cindy said at the Vietnam Memorial, it is “very likely our most sacred ground here” (in DC.)

On our way to the National Archive, we had an interesting sighting, common to locals, I would imagine: 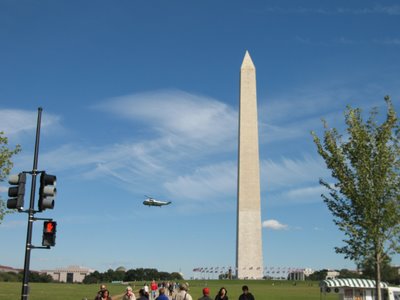 I must confess, I went to the National Archives not to see firsthand our nation’s Charters of Freedom. No, I went for the gift shop. I got the idea in my head that there would be all kinds of great historic audio available on CD. I got this idea from iTunes, where I’d stumbled on some of it. I’m a fool for cool audio. But, as I sit here and type this, I realize it’s the Library of Congress I was thinking of. The National Archive bookstore was a bust – although we did get a very funny Eleanor Roosevelt finger puppet.

Fortunately our hotel, which used to be our nation’s first post office, was directly across the street from the Smithsonian Donald W. Reynolds Center for American Art and Portraiture – which used to be the original Patent Office. (Everything in DC seems to have been something else at one time, which makes sense, I guess.) This museum was amazing – as was it’s gift shop, which did carry some of the audio I was after. Several highlights of this museum.

First were the winning selections from the National Portrait Competetion – http://www.portraitcompetition.si.edu/index.html 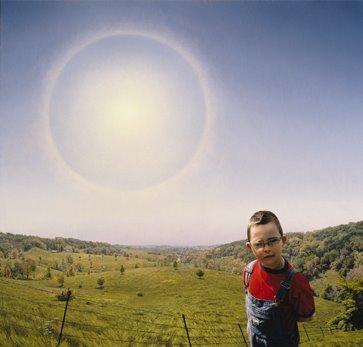 Second was a staggering folk art piece. It’s title is “The Throne of the Third Heaven of the Nations’ Millennium General Assembly.”

It was done in secret in a rented garage over 14 years by James Hampton, who called himself “St. James, Director for Special Projects for the State of Eternity.” During the day he cleaned federal buildings. At night he worked on his project. It consists of 180 pieces of full-sized furniture, adorned with gold and silver aluminum foil, Kraft paper, and plastic, paperboard, and lightbulbs. Viewing the entire collection is disarming. 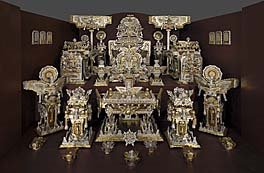 He said of his project, “That is my life. I’ll finish before I die.” No one knew of Hampton’s creation save his landlord, who took possession of it all in lieu of back rent. He also got a collection of encoded writings, kept in ring binders or on clipboards, penned by Hampton in a secret alphabet, that have yet to be deciphered. Among them is The Book of the 7 Dispensations by St. James, each page of which ends with the word “Revelation.”

The third and final piece from the two-in-one museum is a more trite installation, but no less stops you in your tracks – a giant map of the USA in multi-colored neon with video monitors playing feeds relevant to each state. (For example, Kansas is showing the film “Wizard of Oz” while Illinois streams a documentary about Abraham Lincoln.) Pretty cool! 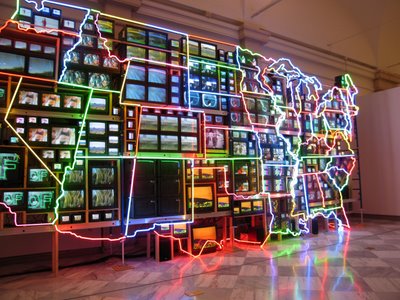 One thought on “Our Nation’s Capital”