Crew from the film-in-production “Comics Undressed”  visited the Comic Nurse studio for an interview this week. 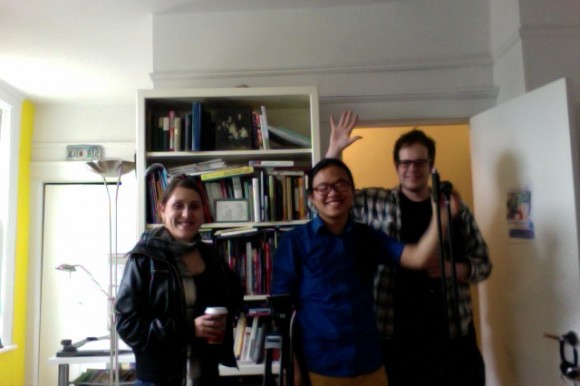 From their (successfully funded) Kickstarter page:

The Ladydrawers documentary Comics Undressed is an ambitious project with the primary aim of addressing media justice in comics and popular culture. We intend to portray the underlying forms of discrimination that impact representations of women, queers, trans folk, non-binary gender people, and people of color. We seek to support a diversity of racial, gender, and sexual identities that make up our society as well as unveil the surprising economic injustices and cultural biases that occur. Our goal is to present a sincere heartfelt documentary that captures our love for comics while critiquing the structure of the comics industry. We intend to implement an experimental process to give form to our extensive original research that mirrors the comics themselves. Through a myriad of interviews with comics creators, readers, bloggers, vendors, fans, and the general public, we strive to foster a multiplicity of viewpoints in the comic-book world and our culture at large.

Alice, who generally will say hello to guests then retires back to her bed, was quite insistent that she would have a role in the film. She feels that if their goal in this film is diversity, then she is an excellent specimen. Further, she insisted by her presence, think of the contributions dogs have made to comics – Snoopy, Tintin, Marmaduke, the list goes on. 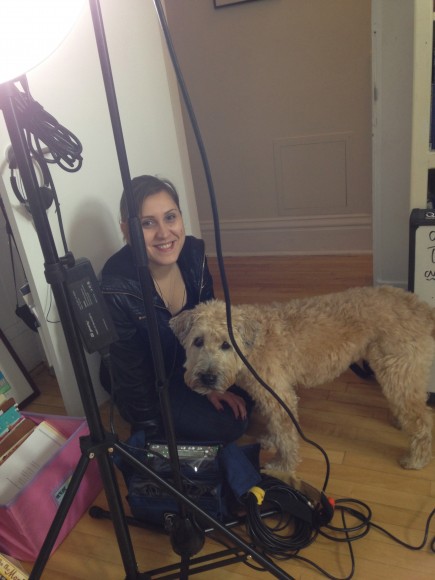 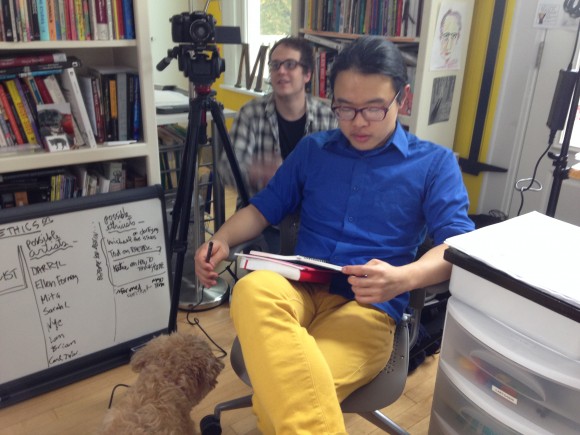 She presented herself for her close up, and persisted despite obstacles.  Eventually the crew relented and filmed some “B Roll” in which she stars. Stay tuned to see if she makes the final cut.

Thanks for including us, Ladydrawers! 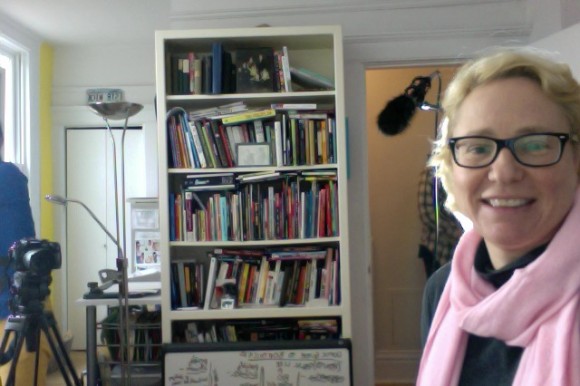