Sunday September 14 was the second day of the 20th anniversary of SPX, the Small Press Expo.

The first panel of the day, “Stories of Girlhood,” was expertly moderated by Ellen Lindner. I’d not brought my sketchbook in an effort to lighten my carrying load, which was a mistake, of course. So I took notes on the back of a Comic Book Legal Defense Fund flyer. Panelist names and works just below their images. 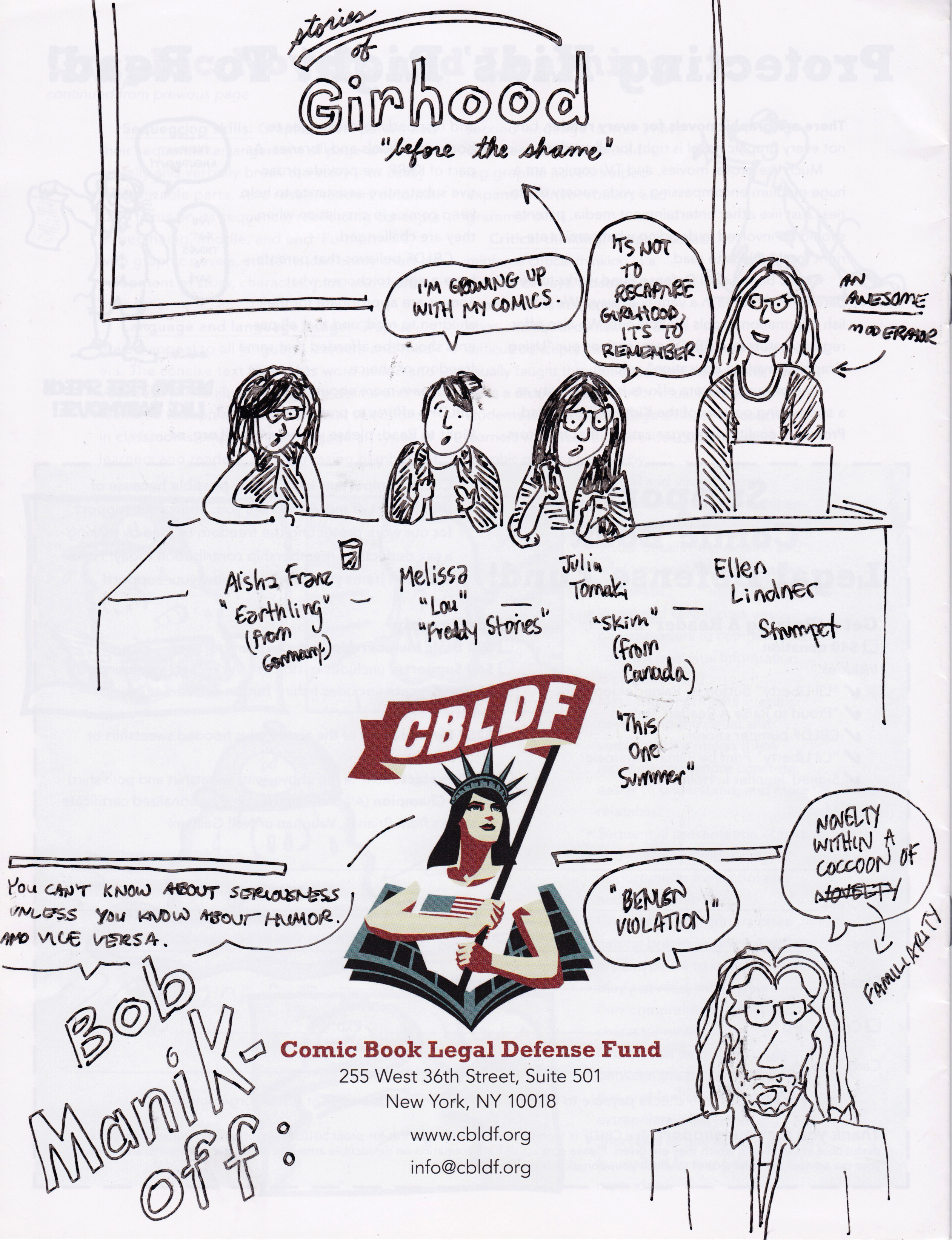 I caught the tail end of Bob Manikoff’s talk about choosing cartoons for The New Yorker. He is a very entertaining speaker, funny and smart. He clearly understands humor, the role of the comics in not just The New Yorker, but in our lives. For example, this was the first comic to run after 9/11. 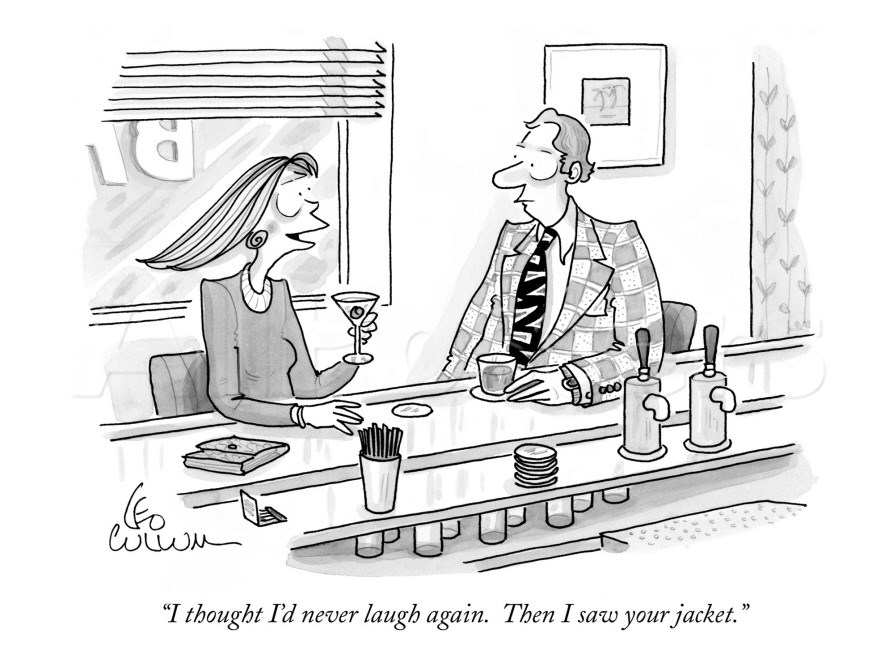 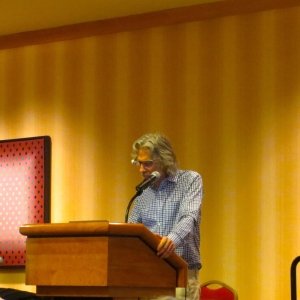 The third and final panel I attended Sunday was “Eleanor Davis: How To Be Happy.” 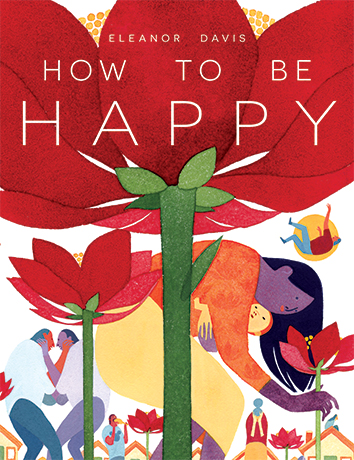 No sketch notes from this panel because it was mesmerizing. It was a cross between an artist talk, performance piece, and meditation on truth. Her work is breathtaking. 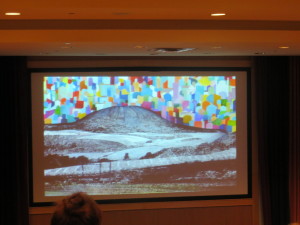 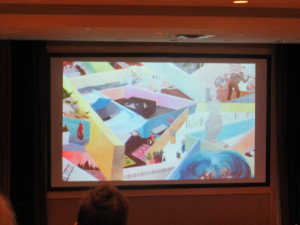 This is Eleanor, being expertly interviewed by Tom Spurgeon of the The Comics Reporter. 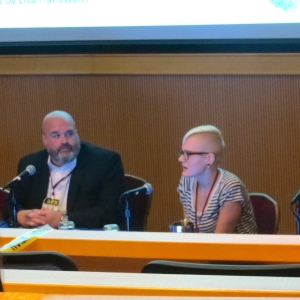 At this point I decided to brave the conference floor. Crowds were small and cartoonists were absent or groggy from whatever they were up to the night before. I was quickly rewarded with the opportunity to meet legend Jules Feiffer, on site to promote his new book, Kill My Mother, excerpted here by The New Yorker. He asked how to dedicate it, and I said, “to Comic Nurse.” He signed the book, and handed it up to me, saying, “I don’t even want to know what that’s all about.” 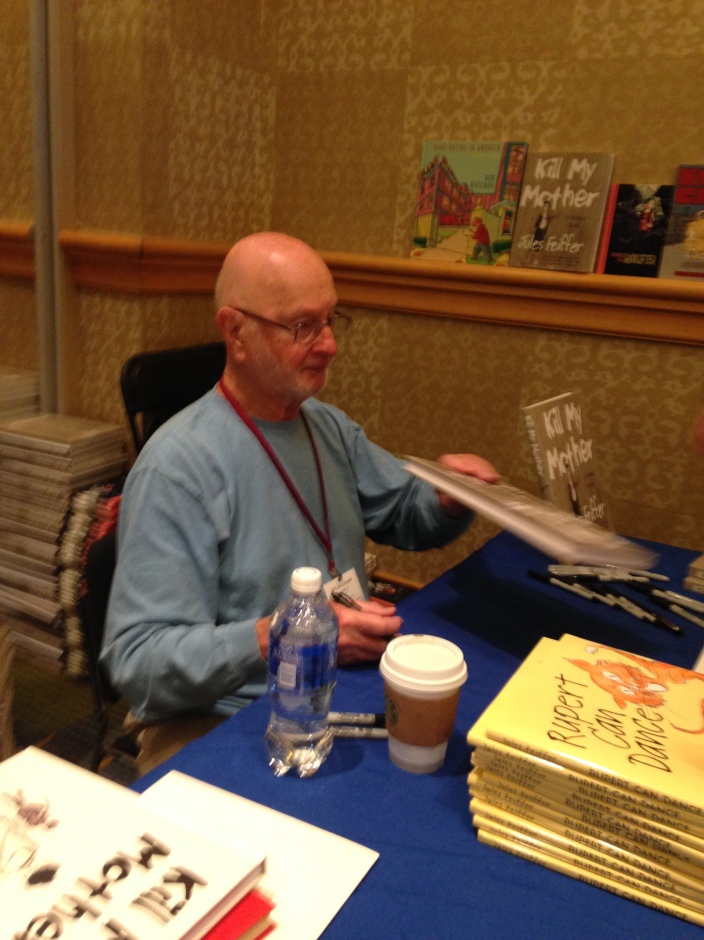 Had a good time walking the floor, chatting with friends, picking up works of Graphic Medicine I’d not seen before, and have since put on the site, awaiting reviews. In the end, this was my SPX haul. It’s not much because I didn’t want to carry a ton home, but below are a few more new books I photographed to buy when I got back! Under the books and zines is a particularly cool poster: all of the different badges created by guest artists for the event, signed by the artists. 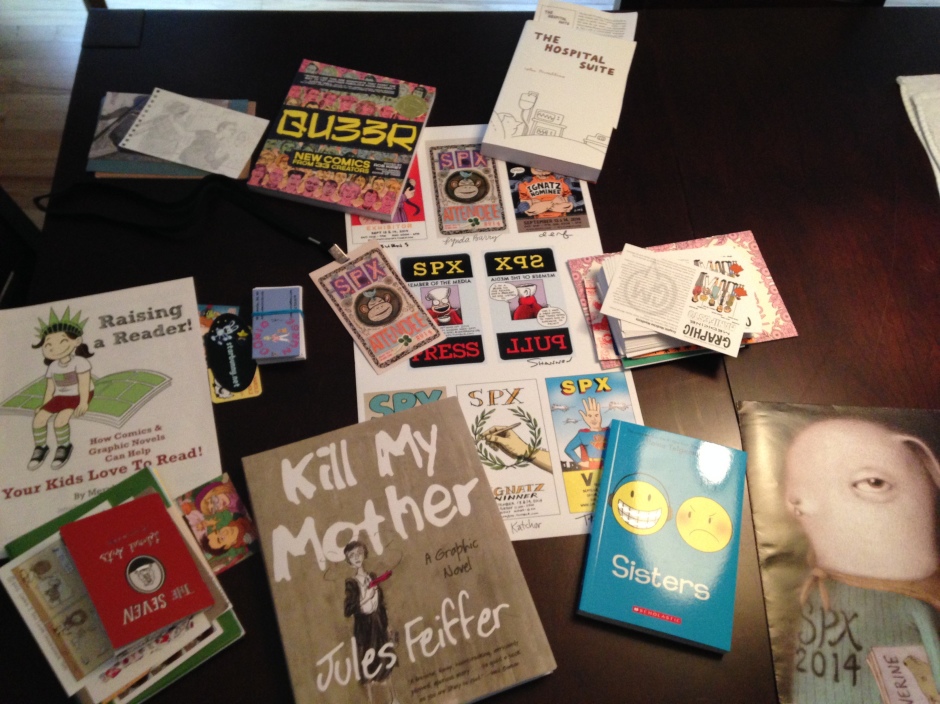 SPX 2014 was exciting, inspiring and motivating. Hopefully next year we’ll be premiering our Graphic Medicine Manifesto at this event, and maybe someday in the not too distant future, my own book!