Last weekend I travelled to Washington, DC to attend the 20th Anniversary Small Press Expo in Bethesda, MD. The star-studded presenter lineup was too good to resist! 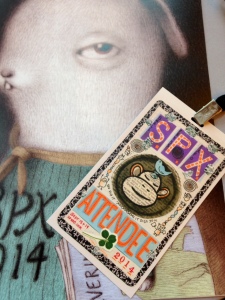 I knew to expect the overwhelming madness of the expo floor. Here it is when the expo opened on Saturday. IT GOT MUCH, MUCH MORE INTENSE! 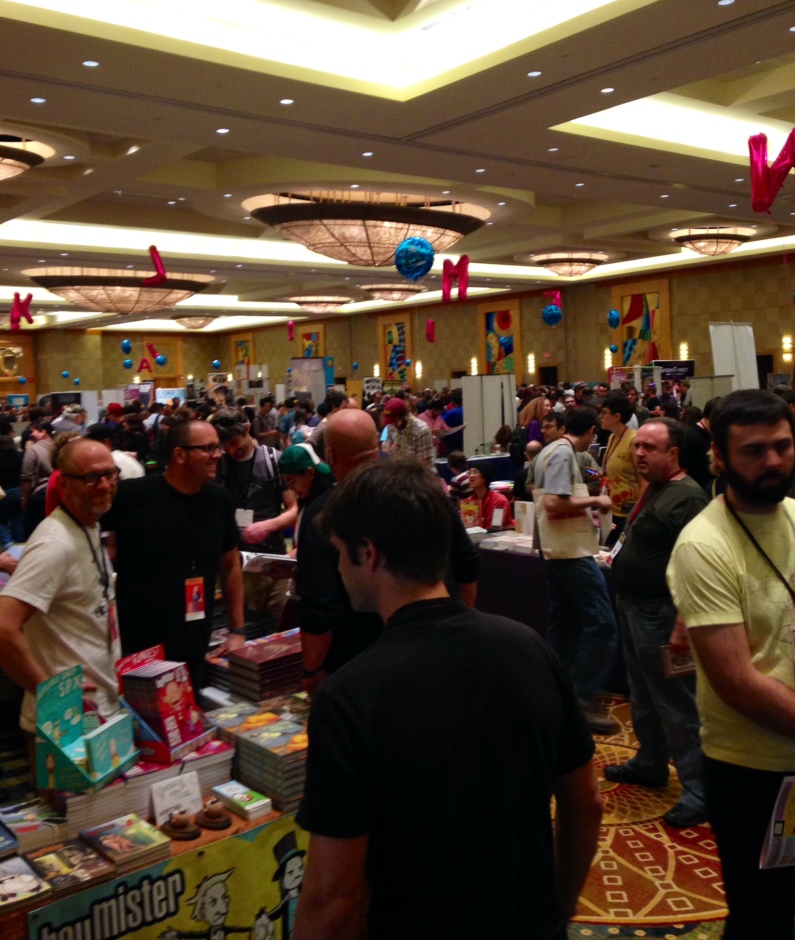 What I didn’t expect was the absolute awesomeness of the panels, where I ended up spending the bulk of my time at the expo.

First up was a panel moderated by James Sturm (Center for Cartoon Studies, Graphic Medicine 2014 keynote) called “Alt-Weekly Comics Roundtable.” James opened this panel by pointing out that the “history of comics misses this tract” which is absolutely true. Many comics creators and fans have their roots not in the newspaper comics page, not in periodic issues at comic book shops, but in the weekly alternative press papers (in Chicago it was The Reader). This is definitely true for me. 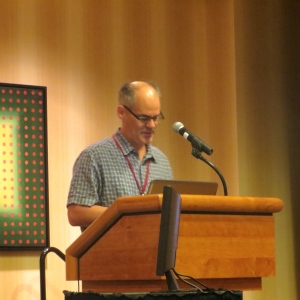 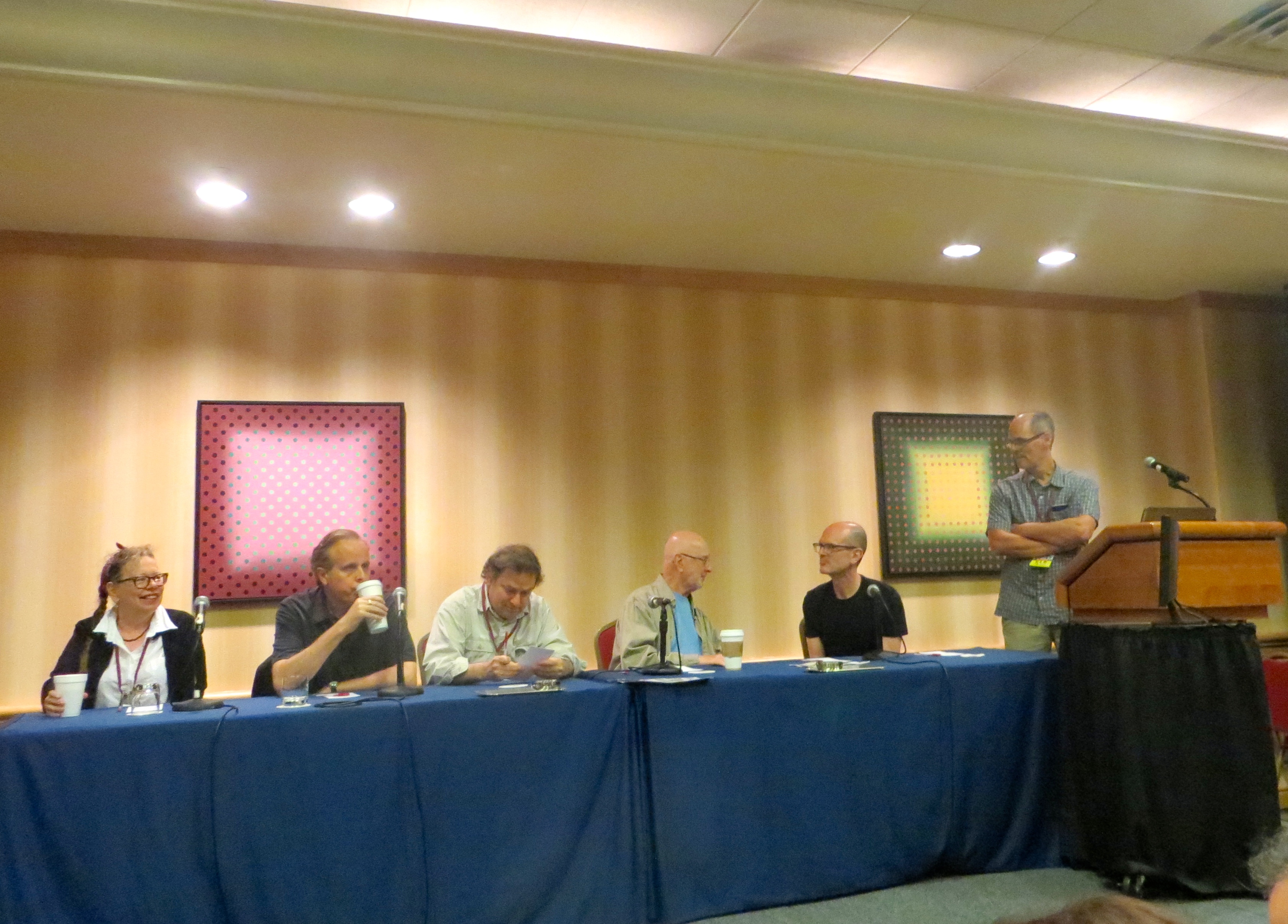 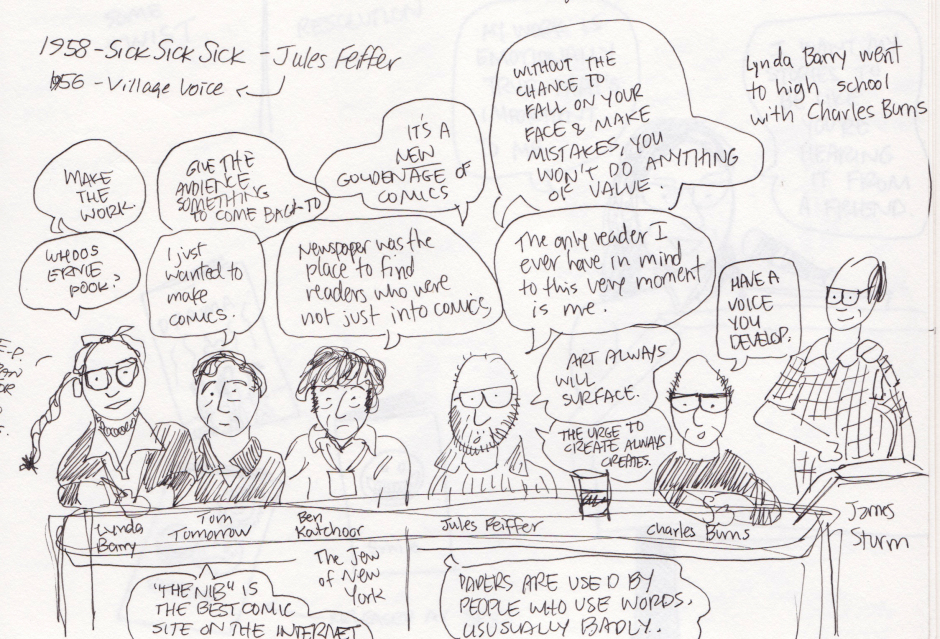 I stayed in the room for Raina Telgemeier’s talk about her new graphic memoir, Sisters, despite the fact that I knew it was going to be geared mostly to kids. Oh who am I kidding, that’s why I stayed! I know Raina’s work mostly from her adaptation of Ann Martin’s episode of The Babysitters Club called “The Truth About Stacey” which is reviewed on the Graphic Medicine site by the awesome diabetes blogger Kerry Spaulding.

Raina talked about influences, her work. I thought about how an author who creates primarily for a young audience is under pressure at public appearances to gear all talk to their audience, which could be annoying if you want to talk to adults, or just talk in an adult way about your process. So in that way, Raina is also a performer. In that spirit, she did a live drawing for the kids. I couldn’t decide which was more fun, to watch Raina take suggestions from the audience about what to draw in the four panel strip (which, along the way, taught kids about the nuts and bolts of graphic story construction) or to watch the kids watch Raina draw. We were all enthralled. 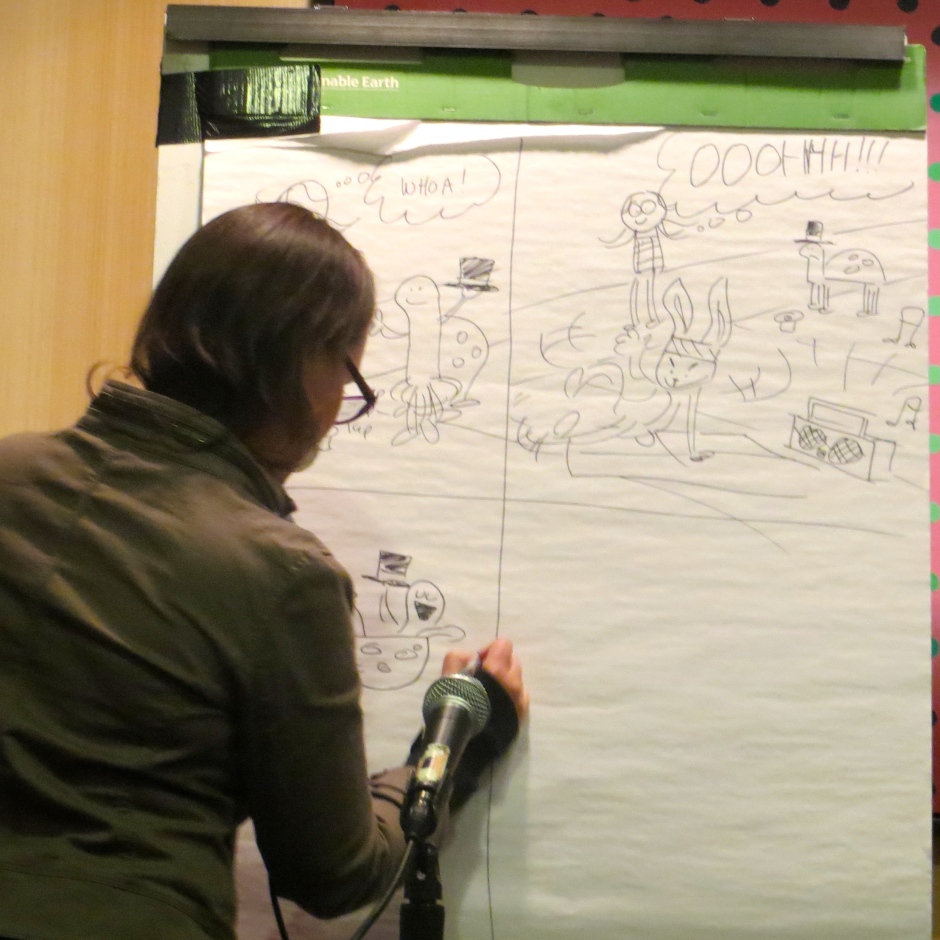 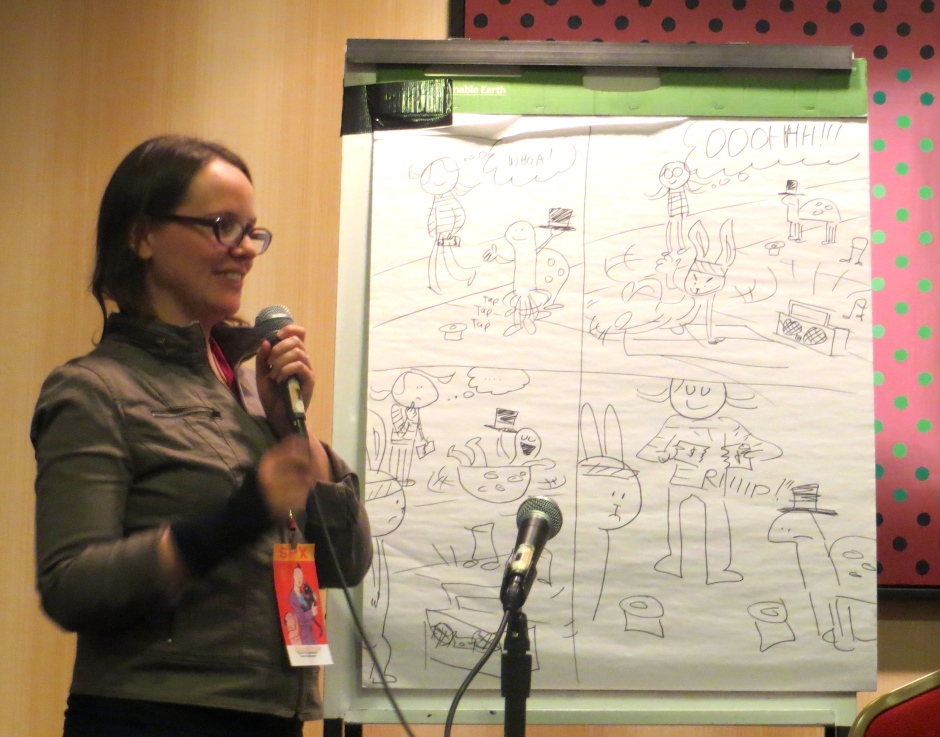 The next panel was “Pro Tips: How Comics Get Reviewed.” Learned much here and took many notes. Panelist names and outlets are below their image. 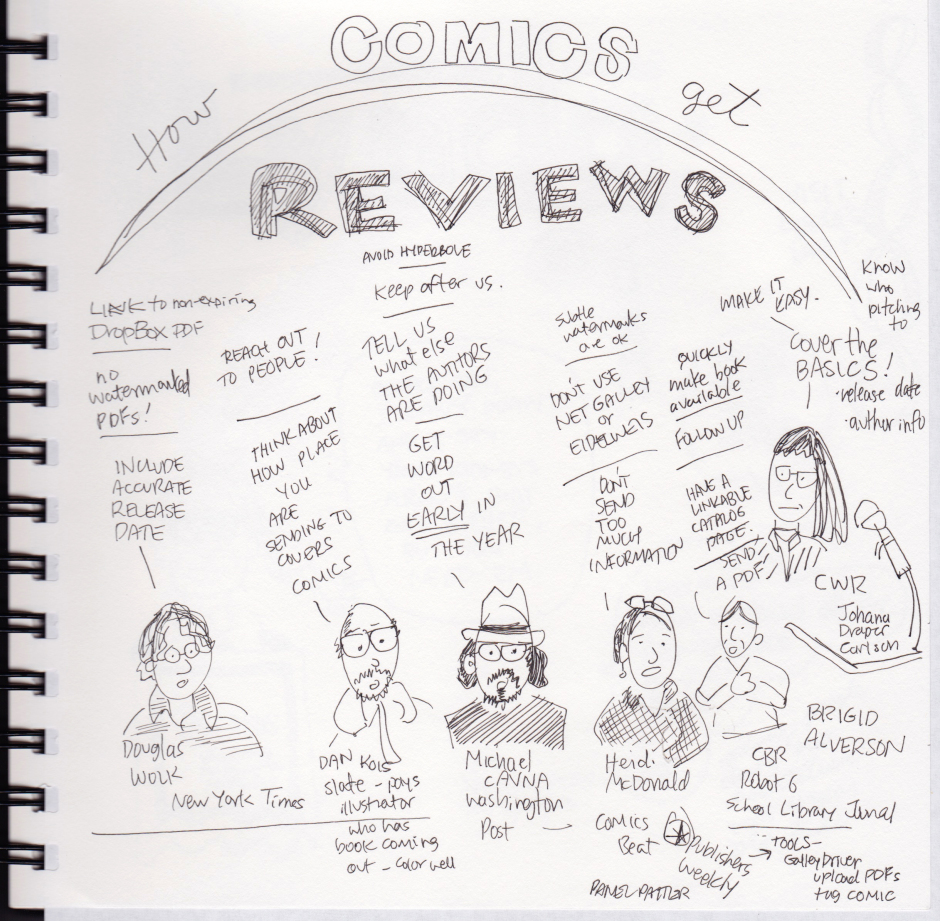 My conference day ended the best way possible: a panel by Lynda Barry, focusing on her teaching & forthcoming book, Syllabus: Notes from an Accidental Professor. 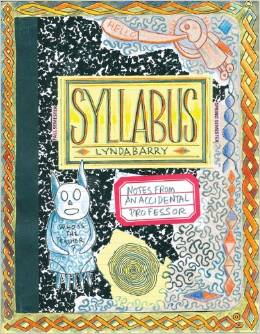 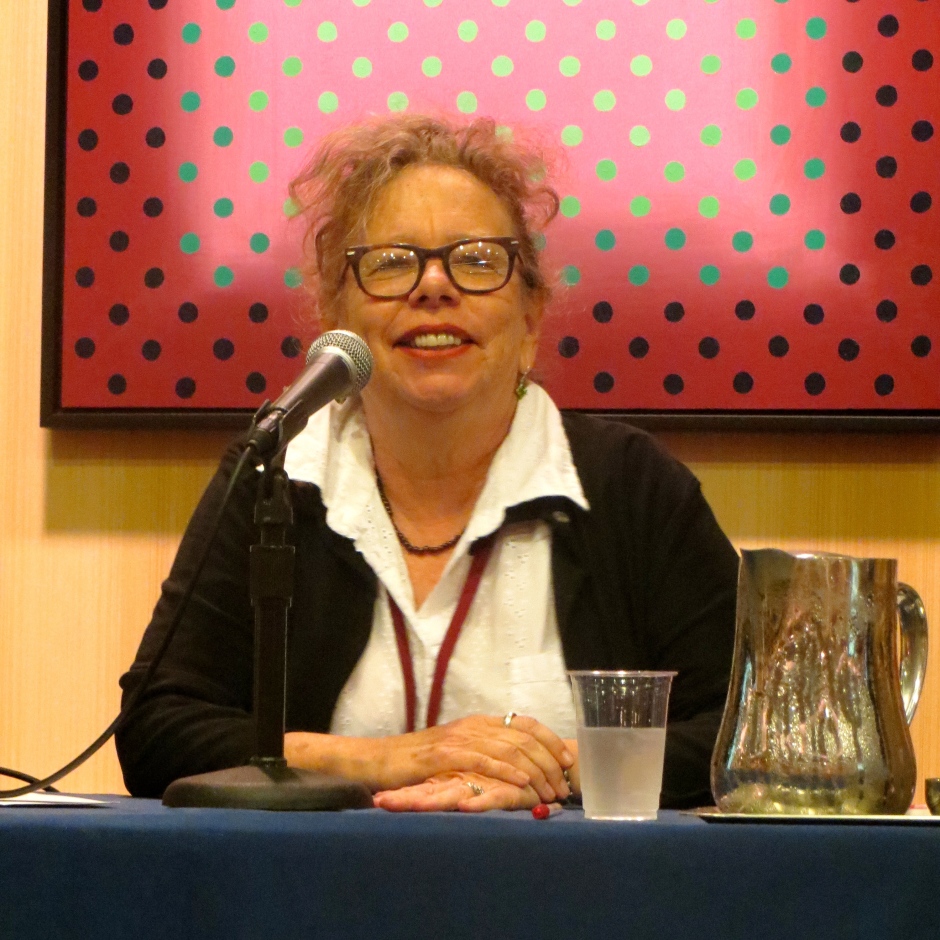 I worship before this woman. 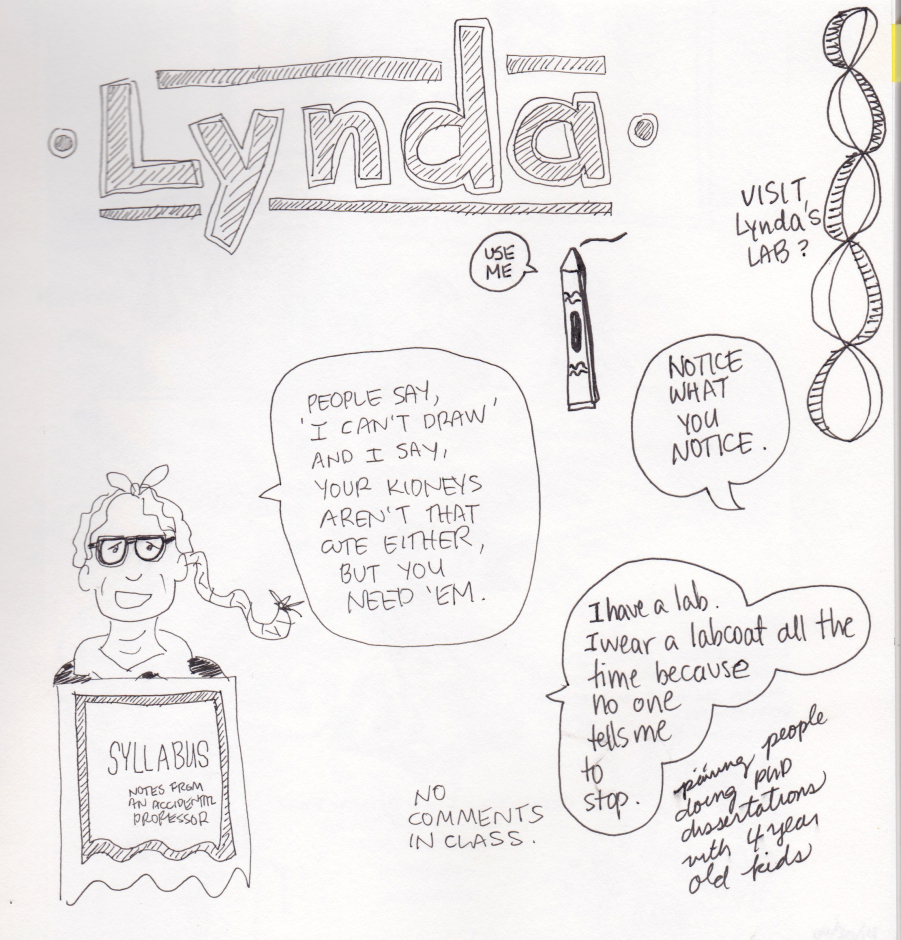 My notes from Lynda’s talk are scarce for three reasons.

1) I was paralyzed with admiration

3) There was a bomb scare. No foolin’. We had to evacuate the entire room of about 200 people. The panel never reconvened. It was weird, but also kinda awesome because there wasn’t actually a bomb, just an ominous -looking abandoned aluminum briefcase like this one: 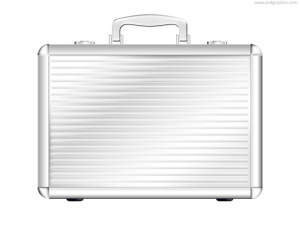 2 thoughts on “SPX Report, Day One”