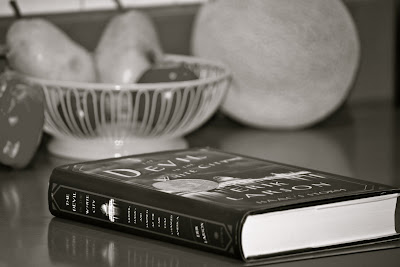 Chicago is abuzz with anticipation regarding the Olympic bid announcement tomorrow. Whichever side is presenting their case, I keep thinking about the analogy to the 1893 World’s Exposition, and Erik Larson’s reporting of what the closest thing Chicago has known to tomorrow morning looked like 119 years ago:

“…two thousand people gathered on the sidewalk and street outside the offices of the Chicago Tribune, as similar crowds collected outside each of the city’s twenty-eight other daily newspapers, and in hotel lobbies, in bars, and at the offices of Western Union and Postal Telegraph Company. The gathering outside the Tribune included businessmen, clerks, traveling salesmen, stenographers, police officers, and at least one barber. Messenger boys stood ready to bolt as soon as there was news worth reporting. The air was cold. Smoke filled the caverns between buildings and reduced lateral visibility to a few blocks. Now and then police officers cleared a path for one of the city’s bright yellow streetcars, called grip-cars for the way their operators attached them to an ever-running cable under the street. Drays full of wholesale goods rumbled over the pavers, led by immense horses gusting steam into the murk above.
The wait was electric, for Chicago was a prideful place. In every corner of the city, people looked into the faces of shopkeepers, cab drivers, waiters, and bellboys to see whether the news has come and whether it was good or bad. So far the year had been a fine one. Chicago’s population had topped one million for the first time, making the city the second most populous in the nation after New York, although disgruntled residents of Philadelphia, previous in second place, were quick to point out that Chicago had been cheating by annexing large expanses of land just in time for the 1890 decadal census. Chicago shrugged the sniping off. Big was big. Success today would dispel at last the eastern perception that Chicago was nothing more than a greedy, hog-slaughtering backwater; failure would bring humiliation from which the city would not soon recover, given how heartily its leading men had boasted that Chicago would prevail. It was this big talk, not the persistent southwesterly breeze that had prompted New York editor Charles Anderson Dana to nickname Chicago, “the Windy City.” – Devil in the White City, p.13.