Taking Turns, now out in a second edition from Graphic Mundi, was entirely hand drawn and lettered. I did this because Lynda Barry says that’s what we’re supposed to do. 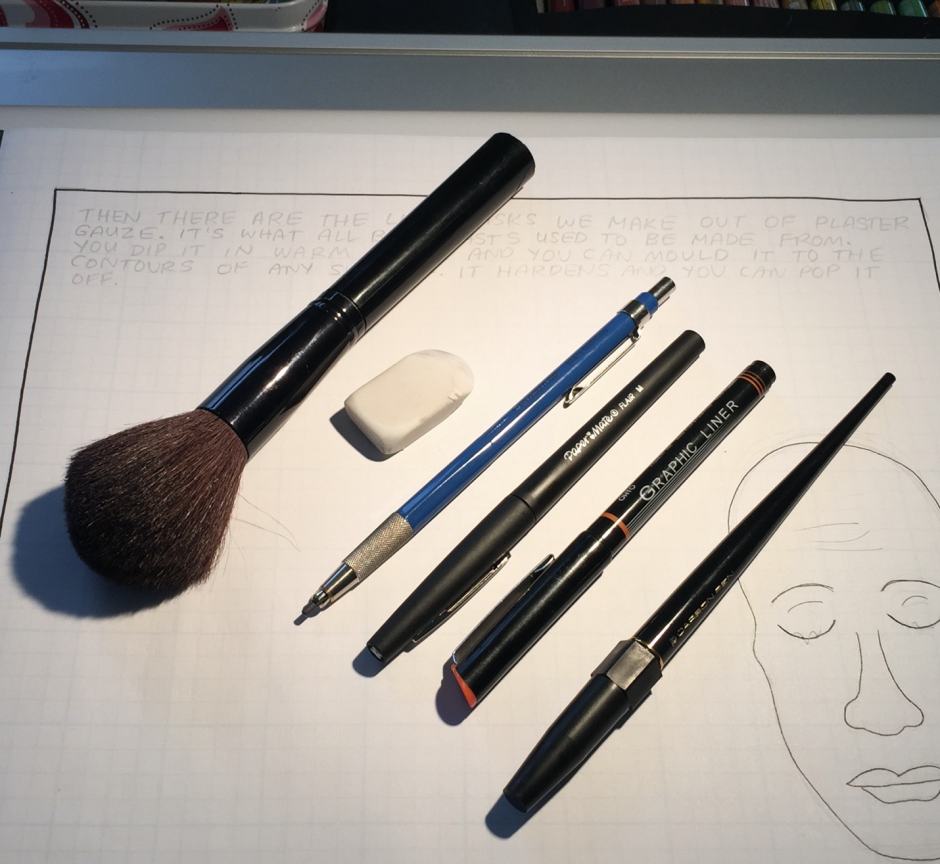 I drew and wrote the book’s pages on 11×17, one-inch grid graph paper. The tools above were all it took to make the boxes, lines, drawings, and letters on paper.

The pencil holds a 4H lead, which makes a light mark and doesn’t need to be erased for scanning, see photo below. If I did erase anything, I used a plastic eraser and the makeup brush to wipe away eraser crumbs. The black Papermate marker is terrific for a good strong black line, as is the Ohto graphic liner, available in sets of different line widths. The bottom right black pen is a carbon ink refillable fountain pen, terrific for lettering and bold, fine lines. I found that when inking the pencilled lettering I often formulated a more clear or efficient way to structure a sentence or make a point. So pencils to inking often became part of the early editing process.

For most of the pages, the coloring was done in Photoshop after I scanned the inked linework into the computer and cleaned it up. I had a definite color palate I worked within. Coloring was the easy and fun part, I could do it while listening to music. The fun often felt like a reward for having planned, scripted, penciled, and inked the pages, definitely the bigger challenges of the project.

There are a few watercolor drawings in the book, and these were part of some prototype pieces I did before starting the book, like this one. I scanned those colored images into the computer and layered it on the pages in Photoshop. 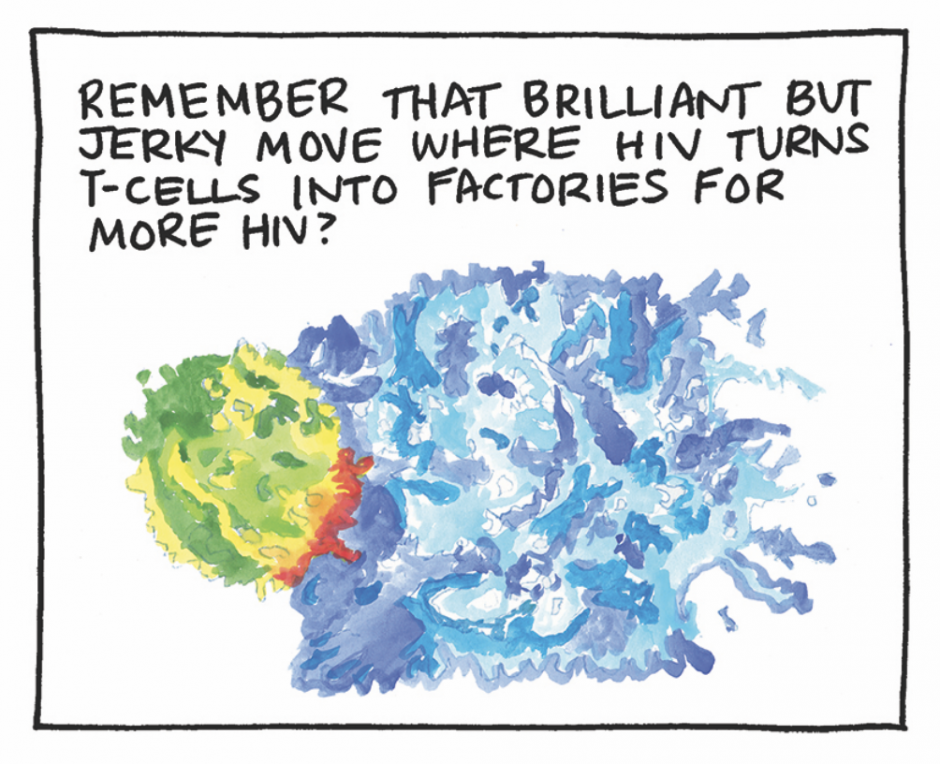 Some cartoonists do all the linework for the entire book first, then add colors. But I colored each page as I drew it, so my progress felt concrete. Every week for the year and a half I worked on the first draft of the book, I finished a few pages, usually a small section I’d planned. Eventually I had done all the pages and the book felt ready to go. Here is what all the inked pages look like together. 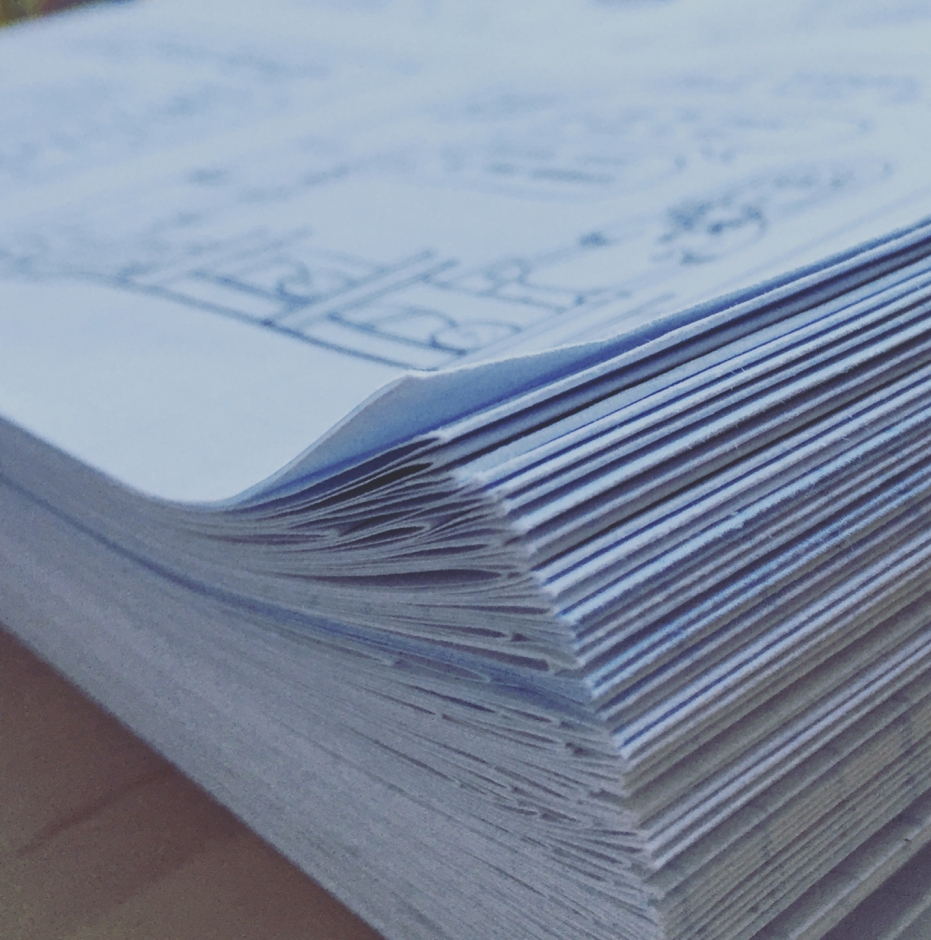 And here is what the first draft of the book looked like. 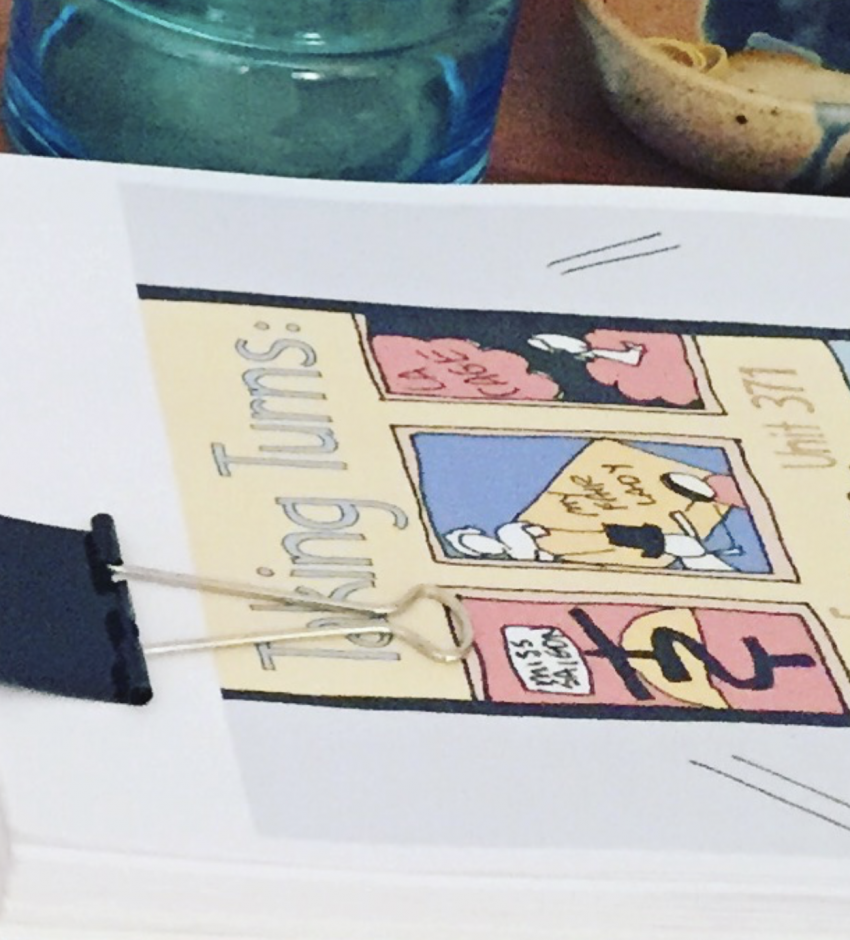