The Toronto Globe & Mail has a feature piece today on nine women creating comics about issues of health. It’s an honor to be included.  Thanks to journalist Cinders McCleod for pushing this piece after we were bumped for the Olympics — twice!

The image they used for my bit is excerpted from an unfinished series called “Nurse Alphabet” which I am now reinspired to complete. I’d gotten up to ‘L’ before another project drew me away. 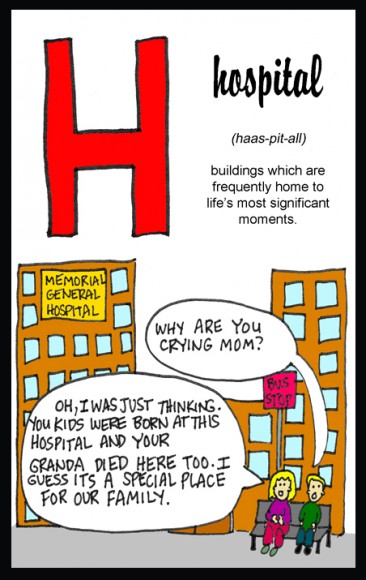 Several of the other women in the series spoke at Laydeez do Comics in Toronto, an event about which another featured artist, Mita Mahato, and I are currently creating a very special blog post for the Laydeez site. Stay tuned for a link to that!