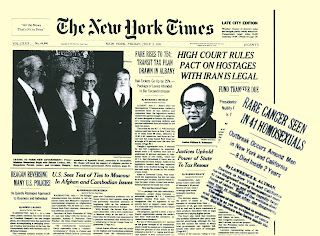 I just watched the end of Angels in America again, written by Tony Kushner in 1993. The main character, Pryor Walter, and his friends are standing at Bethesda Fountain in Central Park. He says, “This disease will be the end of many of us but not nearly all. And the dead will be commemorated and we’ll struggle on with the living and we are not going away. We won’t die secret deaths anymore. The world only spins forward. We will be citizens. The time has come.”