Week nine featured the long-awaited student book reports! Each student chose a graphic memoir on their own or from a pile I brought into class. 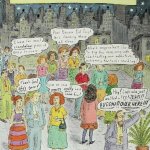 Roz Chast – The Party, After You Left. Technically not a memoir, but her humorous observations on life. Two goals with using this book, one to show that memoirs can be quite funny, and also to tune students in to the book I will likely use next year, Chast’s forthcoming memoir about her elderly parents, Can’t We Talk About Something More Pleasant? due out in May. 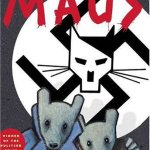 Art Spiegelman – The Complete Maus. A good way to look at how graphic memoir can teach history, integrate interviews, and address intra-family relationships. 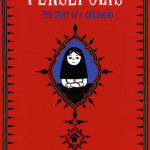 Marjane Satrapi – Persepolis.  Again, a wonderful example of how personal memoir can integrates (and teach) national history – in this case, one that students are unlikely to learn about in their usual history classes. 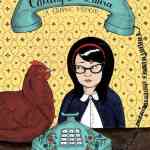 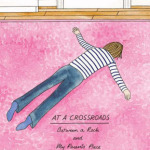 Kate T. Williamson – At A Crossroads: Between a Rock and My Parents’ Place. Another very well received text, as some of the courses’ students are approaching graduation and the issues discussed in this memoir. The book also features fantastic watercolor drawings which were appreciated.

Cathy Hannah – Winter Beard – This title by Chicago indie-cartoonist was especially resonant with the reviewing student because Cathy (formerly) taught at Columbia College. Also because it is a very straightforward style, covers a short period of time, and had a specific purpose. 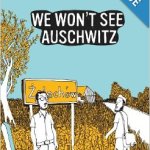 Jérémie Dres – We Won’t See Auschwitz.Student-chosen book, another that, like Maus, looks at the intersection of personal family history, national history, and oral history. 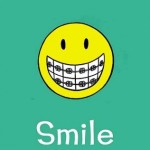 Raina Telgemeier, Smile Very resonant text as the reporting student also had braces well into high school. If there is a Graphic Dentistry movement, this would be one of their cornerstone texts. 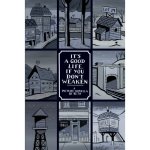 Seth – It’s a Good Life if you Don’t Weaken A semi-fictional memoir about being a cartoonist who is searching for a historically forgotten cartoonist. The reporting student grasped and greatly appreciated the nuances of Seth’s throwback style, both in the text and in life. 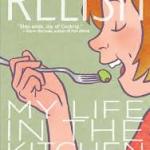 Lucy Knisley – Relish: My Life in the Kitchen. This graphic memoir is organized around food, and one woman’s strong history with it. The text even goes so far to include recipes. This is such a strong memoir, and the reporting student did such a great memory drawing exercise with it, I may make this a featured text we all read next year.

In addition to answering a series of questions about the books in essay form, students drew visual responses to the text, either in the style of the creators and/or inspired by the book’s themes.

I would be remiss if I didn’t mention that class did not start under usual circumstances. I usually arrive about 20-30 minutes before class but this week  was caught in a gridlock on Lake Shore Drive. The Presidential motorcade traveling from downtown to a fundraiser in Lincoln Park. As I sat motionless in my car, realizing I would be late, I emailed the students an assignment to work on until I got there, which  was thought to be in about fifteen minutes. When I was approaching forty minutes late, I dismissed them, knowing I had more than overextended their patience. Moments later, of course, traffic opened up. I arrived fifty minutes late to class, running into one student as the elevator doors opened. He reported trying to lead a student rebellion to leave but that his colleagues would not budge. One student told me as he was leaving after class, “We just figured it would be depressing if you got here and we were gone, so we decided to stay.”

As thanks for their loyalty I brought in cupcakes Week Ten.  Good should be rewarded with good, right?

The first part of Week Ten included the last few of the book reports that didn’t fit due to our delay in starting class. 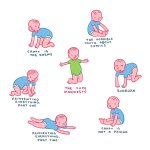 James Kochalka – The Cute Manifesto This is a memoir that includes philosophical, visually fantastical musings by the creator. I liked including that potential for memoir, and the observations Kochalka makes about art and life generally. 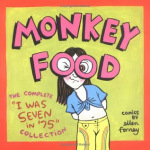 Ellen Forney – Monkey Food. My student who chose this book was pretty graphic novel savvy, and had recently read Forney’s Marbles. She had a great appreciation for how Forney brought cultural artifacts of the time period into her memoir, which I hope students will consider when doing their own final projects. 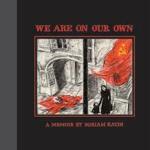 Miriam Katan – We Are On Our Own. Another graphic memoir that integrates national and personal history, also like Maus, around World War II. It was decided for certain as a result of this memoir, as with Maus, that, according to my students, “Nazis were douchebags.”